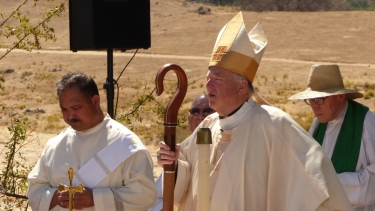 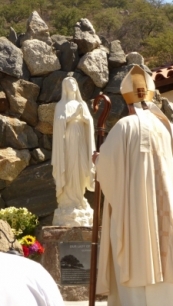 September 29, 2018 (Santa Ysabel) – Bishop Robert McElroy of San Diego presided over a mass on September 16, 2018, commemorating the bicentennial celebration of the Santa Ysabel Asistencia. The ceremony was held at the outdoor site of the historical Santa Ysabel Indian Mission,  recently discovered through excavation work.

After the service, the Bishop gave an episcopcal blessing to the restored “Our Lady of Visitation” shrine, at “Ellykwanan” (the Native American name for the Santa Ysabel area) honoring Mary, mother of Christ. 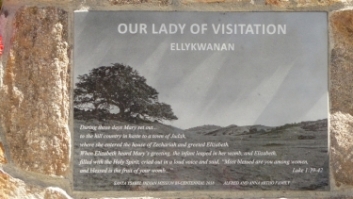 The restored mission itself, the fourth built on the property, was also open, along with a museum containing many fascinating artifacts and historical photographs. The museum is still undergoing renovatio 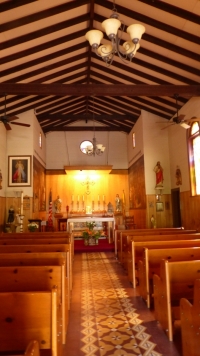 ns and donations are welcome.

Parishioners dined under shady oak trees, much as visitors to the mission must have done for the past 200 years since its founding in 1818.

Next up in its bicent 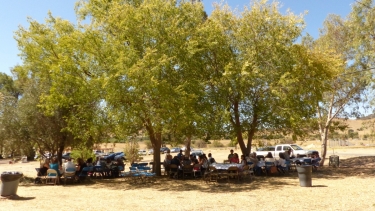 ennial year,  the mission will be celebrating a fall festival on Sunday, October 20th which will be open to the public.