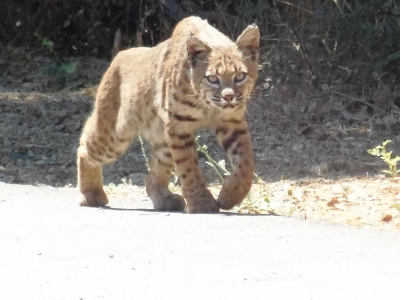 October 15, 2013 (Descanso) – Debbie Ekhaml had just finished a horseback ride near Descanso and was eating lunch shortly after noon recently when a surprise visitor emerged.

“This beautiful male Bobcat appeared and caught a gopher while we quietly sat under an oak and watched,” she told ECM. “ He hung around for about 50 minutes and tried to get a second one (unsuccessfully).  We were amazed not only to get to watch him, but to see him hunt in the middle of the day!” 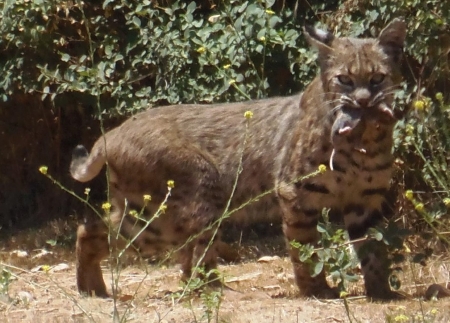 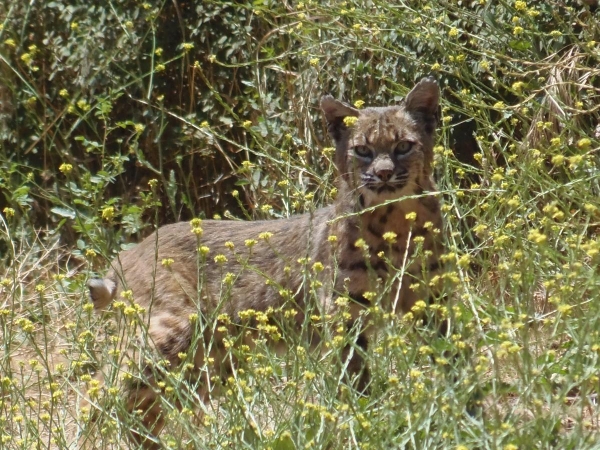 Wish we could hire him for our gopher issues.