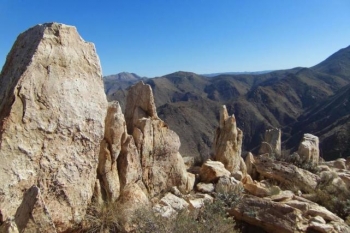 January 23, 2014 (Carrizo Gorge) – Laurie Baker sent photos taken while hiking at the rugged Carrizo Gorge in McCain Valley, near the site of a planned industrial wind facility.  Her images show the dramatic rock formations that make this area one of the most spectacular scenic vistas in San Diego's East County. 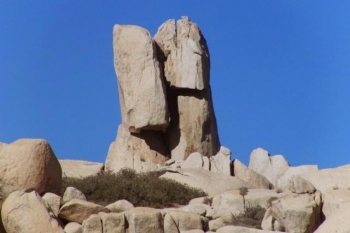 A highlight of the day was catching a glimpse of the “goat trestle” from what was once known as the “Impossible Railway” due to the challenges of constructing the line in this rocky and remote location. 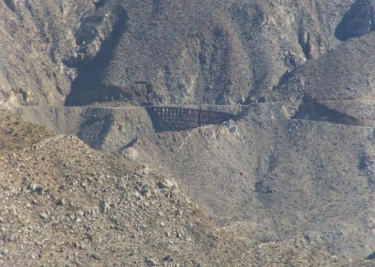 A low point was seeing damage done by motorcyclists cris-crossing the terrain on the same trails frequented by  hikers and wildlife, including bighorn sheep. 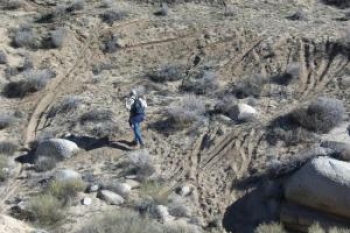 Not sure what is worse the planned wind farm or the off-road damage. :(

Both show a total disregard for the environment in my opinion.

The next time the Off roaders cry about losing area to "play" in, this picture needs to be presented.  Constant, unabated, irresponsible use like what is shown here (doesn't say whether or not it is even legal for them to be in this area where the photo was taken) is why.  What it also doesn't show is probably the beer cans, Monster energy drink cans and cigarette butts that usually accompany this type of destruction.  Total lack of respect for the land.  What is so hard about staying on established roads/trails?  Otherwise beautiful photos, Laurie.