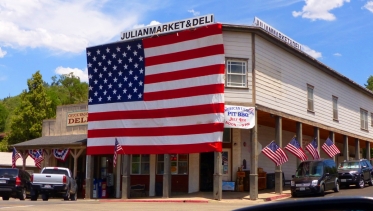 July 12, 2017 (San Diego’s East County) -- A drive through East County’s mountain towns on the weekend after July 4th found many communities and businesses still proudly decked out in patriotic red, white and blue.

Some highlights included a giant flag unfurled on the historic Julian Market and Deli along the town’s Main Street, which each Independence Day boasts of holding the “best small town parade in America.”

In nearby Wynola,  Wynola Antiques and Collectibles displayed an ar 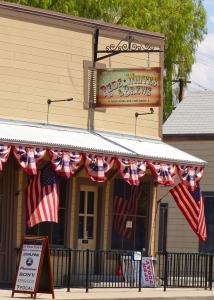 ray of flags and patriotic bunting, as did the patriotically named Reds, Whites and Brews , which serves up Ramona wines and local craft beers on taps in Old Town Ramona’s oldest building, formerly the Pioneer Store built in 1883. 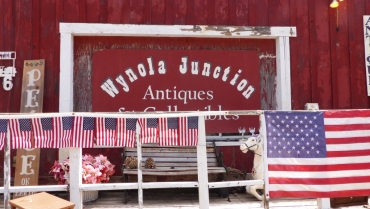