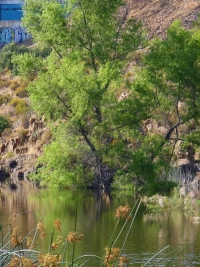 May 21, 2011 (Otay) – Last weekend, I took a drive to explore the southeast section of our readership area. I headed south on Highway 94, then west on Otay Lakes Road, passing a parachute center before meandering among the various lakes that make up this close-to-the-border region. This area has a colorful—if largely forgotten—history. 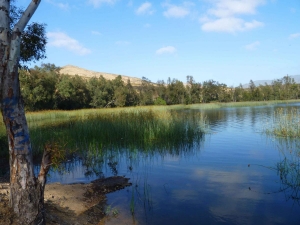 First stop was the Lower Otay Reservoir, where a dam completed in 1897 provided water for San Diego. In 1916, following a long drought, the City of San Diego hired a rainmaker named Charles Hatfield. Wizard or shyster, he built a tower near Lake Morena in East County and claimed to evaporate chemicals to make it rain.

Soon after, heavy rains resulted in flooding throughout much of the County and washed cattle out to sea. The Otay Dam burst, killing several people and flooding the Otay Valley in the great flood of 1916. 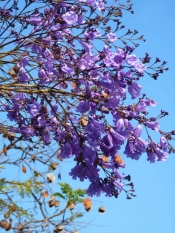 City Councilmembers declared that Hatfield should be responsible for the damages as well as the record rainfall, so the rainmaker never received the $10,000 he’d been promised.

The Otay Dam was rebuilt in 1918 and named the Savage Dam. Today, the Lower Otay Reservoir has pinci areas and barbecues, as well as boat rentals, bait, and fishing for Florida-strain largemouth bass, bluegill, catfish, crappie, and bluegill. Float tubes and waders are allowed, along with fishing from boats or from the shore. The U.S. Olympic Training Center is also on this lake. The area is largely undisturbed, a tranquil spot with calm reflections of mountains, trees and reeds in deep, still waters. 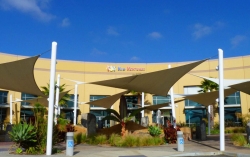 In the nearby Eastlake area, you can visit a design district with swoopiong canvas sails and fountain out front, or find contemporary shopping centers with a variety of mostly-national name restaurants. 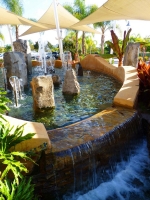 Eastlake also has private enclaves and lakes, including one with a sandy-beach pool and palm trees. Residents played volleyball on the sand as the sun shone down.  At a clubhouse area, a wedding reception spilled out onto a grassyexpanse. 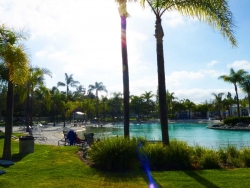 Nearby, several youngsters fished in a man-made pond at this idyllic spot, scooping up a large, wriggling fish before heading home with their fresh-caught dinner. 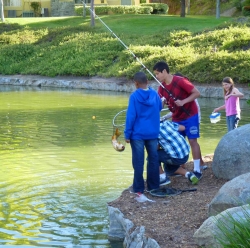 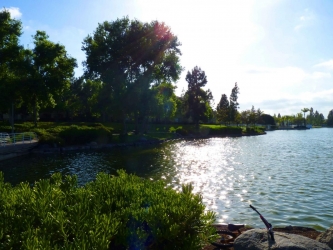 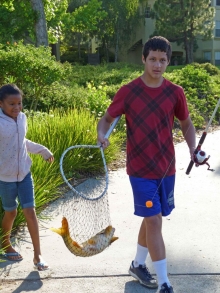