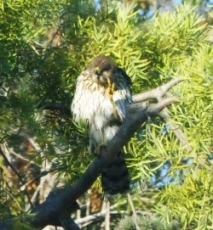 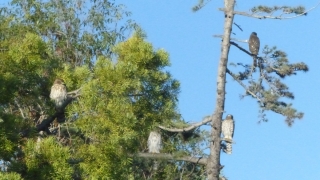 July 6,2016 (Mt.Helix) -- For the past several years, a pair of Cooper's hawks have been nesting in our ficus tree.   This weekend,we were treated to the sight of both parents and two fledgling hawks taking wing, then alighting in a cedar tree on our property. 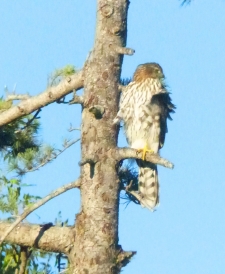 Cooper's Hawks have become known as "backyard hawks" because of their adaptability (like the coyote) to urban and suburban environments, where they prey on rodents such as rats and gophers as well as rabbits or other small animals. 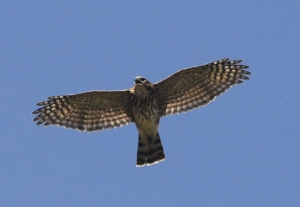 The birds are living in Lemon Grove too, I saw one chasing a pigeon that out maneuvered the hawk. Not what I expected!