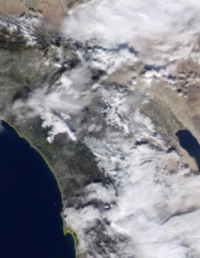 It looks like some much-needed drought relief to start the New Year!