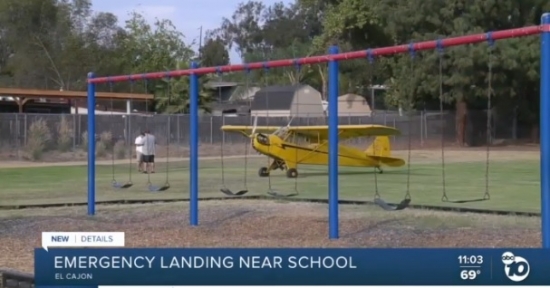 Photos courtesy of ECM news partner 10 News
By Miriam Raftery
October 25, 2020 (El Cajon) – A pilot who took off from Gillespie Field for a practice made an emergency landing on a field next to a playground at W.D. Hall Elementary School in El Cajon Friday afternoon after the plane stalled. Fortunately, no one was injured.
The pilot told 10 News that he had been flying for decades.
The wing of his small plane suffered damage from hitting a fence or trees, according to eyewitness reports.
Lakeside Fire Department and the San Diego Sheriff responded to the scene.  The pilot was able to walk away from the plane. 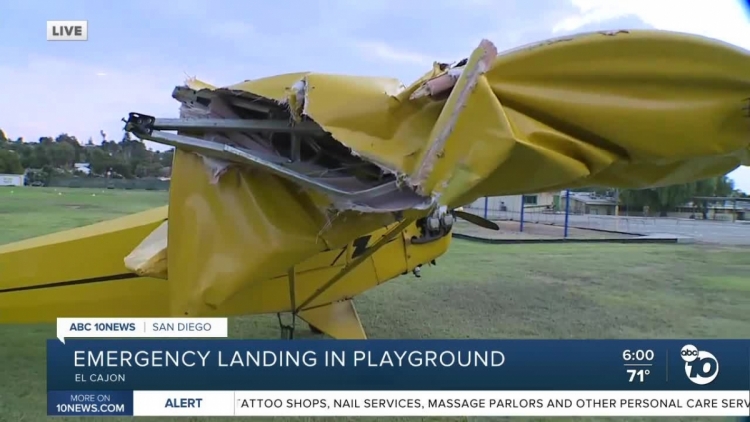