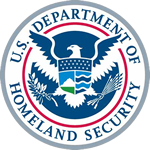 At approximately 7:30 p.m., a 49-year-old U.S. citizen arrived at the Pine Valley checkpoint driving a 2014 Hyundai Elantra.  Agents referred the male driver for a secondary inspection.  While in secondary, agents opened the locked Elantra trunk and discovered two men inside.  The men were sweating profusely due to high temperatures and lack of ventilation and the locked trunk had no visible means of escape.

Agents determined that the two men in the trunk were Mexican nationals illegally present in the U.S.  All three men were arrested and taken to a nearby station for processing.  The driver faces Federal charges for human smuggling.