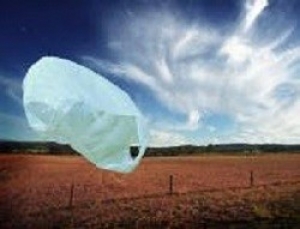 Sierra Club Director Kathryn Phillips warns consumers, “This holiday season, you’ll probably see paid signature gatherers at malls and other public places, urging people to sign. The big plastic makers will spend as much as $3 million to pay an army of signature gatherers.”  The environmental leader adds, “Some of the signature gatherers may not be forthcoming about what signing the petition would do. They may lead you to believe that signing will help support the bag ban.In fact, the only ballot petitions circulating now would place on the 2016 ballot a referendum designed to overturn the statewide bag ban.”

The Sierra Club has set up a webpage here you can  report your experience with the petitioner here.

The ban was established by Senate Bill 270, signed into law by Governor Brown in September. The bill emerged after more than 120 local governments around California imposed local laws to ban or restrict the use of single-use plastic bags by grocery stores.  The bill was supported by a broad coalition, including the Sierra Club and many businesses after a compromise was drafted to provide job-training for displaced manufacturing workers.

Single-use plastic shopping bags are environmentally damaging at nearly every stage of use. They pollute waterways and the ocean, present hazards to wildlife, and create huge quantities of greenhouse gas emissions and other pollution during their manufacture.