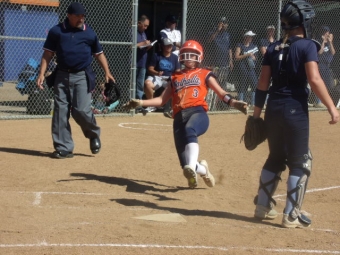 May 15, 2018 (El Cajon) - CIF playoffs for softball have started and today, ECM Sports traveled to Valhalla High for a Division II matchup between the Norsemen (women, for our politically correct readers…) and the Centurions of University City.  The Norsemen were undefeated in the Grossmont League with an 8-0 record.  The Centurions struggled a bit this season, finishing 3-5 in the City - Western League, but still made it to the playoffs thanks to their 14-12 overall record.  Junior Delaney Stettler started on the hill for the Norsemen against senior Natalie Minteer for University City. 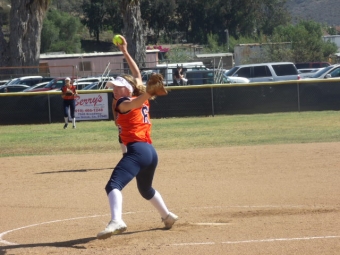 The Centurions got started right away with Minteer’s RBI single in the first with runners on first and second.  Another RBI single by junior Alexi Wyckoff followed immediately after to make it 2-0 Centurions.

The Norsemen fought back in their half of the first.  After Minteer’s leadoff walk to junior Jade Hill, senior Kennedy Labshere launched a double into left that scored Hill to cut the lead to 2-1 after one.

But Minteer added on to UC’s lead in the third with a solo homer just over the right field wall to make it 3-1 University City. 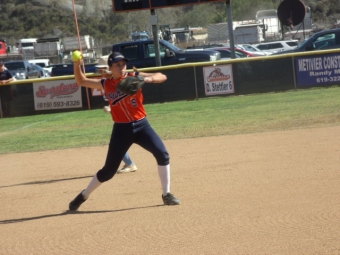 The Centurions piled on more in the fourth when junior Alexis Engebretson snuck home on junior Erin Gillum’s sac groundout.  Minteer doubled and Wyckoff brought her home with a double of her own.  Freshman Audrey Continelli doubled to score Wyckoff and sophomore Jayla Briggs’ single scored sophomore pinch-runner JaLisa Morrow to cap off a four-run fourth for the Centurions, who took a 7-1 lead.

UC wasn’t done yet.  Engebretson launched a two-run homer in the fifth and so did Wyckoff to give the Centurions an 11-1 lead. 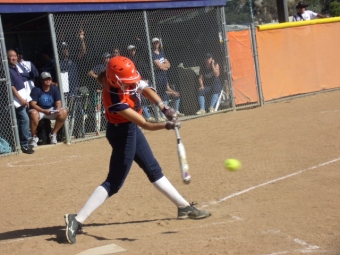 The Norsemen tried to piece together a rally in their half of the fifth when senior Victoria Villegas singled to score a run and make it 11-2.

But the Centurions proved that Romans are more powerful than the Norse as Minteer doubled to score senior Leilani Duarte to absolutely crush the Norsemen’s playoff hopes and end their season and advance to the second round with a 12-2 win.  The Lady Norsemen finish the season with a 15-12 overall record.