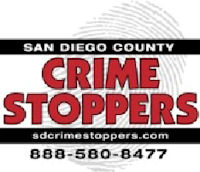 February 10, 2012 (San Diego)-- San Diego Police Department Mid-City Division detectives are looking for a Hispanic male suspected of exposing himself to two Hoover High School students as they walked home Wednesday afternoon.
The girls were walking westbound on 3700 Orange Avenue when they passed the suspect’s vehicle parked at the curb.  The suspect then drove past the girls and, again, parked at the curb where they were would pass him.

“As the girls approached the vehicle, they saw the suspect had his pants undone and was exposing himself to them.  The girls expressed their disgust at his actions and the suspect drove off southbound on 38th Street,” said Lt. Andra Brown.

The suspect is described as a Hispanic male about 27 years old.  He is approximately 5’7” and weighs about 160 pounds with a medium build.  He has black hair and is clean-shaven.  He was wearing a dark hat and dark pants.  The suspect was in a small, red 1990’s standard-cab pickup truck.  The truck had two stickers in the rear window; one depicted the planet earth with words encircling it.  There is no description of the other sticker.
Anyone with information concerning this case is asked to contact the San Diego Police Department Mid-City Division at (619) 516-3000 or San Diego County Crime Stoppers at (888) 580-8477.