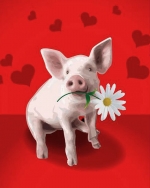 October 15, 2009 (Sacramento) – A lobbyist scandal in Sacramento has given new meaning to the term “pork” in politics. Ever since former Assemblyman Mike Duvall squealed on tape about bedding two lobbyists, critics have called for an investigation. Now the non-partisan citizens watchdog group Common Cause has called on the Fair Political Practices Commission to open an investigation into whether the female lobbyists violated state law by engaging in affairs with Duvall, an Orange County Republican who resigned in disgrace after his boasts were made public. An Orange County newspaper has identified one of the women as a lobbyist for Sempra Energy/SDG&E.

“Voters need to know how widespread this practice is of lobbyists literally getting into bed with legislators, and since the Legislature and Attorney General have both abandoned any investigation it is now incumbent upon the FPPC to take this on,” said Derek Cressman, Western States Regional Director for Common Cause.

Duvall, who sat on a committee that oversee the utility industry, resigned last month after being caught on videotape bragging to fellow Assemblymember Jeff Smith about salacious details of sexual trysts he claimed to be having with lobbyists. (Duvall has since claimed his boasts were untrue.  Whether his bragging was the truth--or Duvall was merely hogging attention--remains to be determined.) Meanwhile Sempra has stated that its lobbyist denied the accusation--and assures the public that the company is investigating itself.

Officials charged with oversight and investigative powers have been bringing home plenty of bacon--from the company implicated in this scandal.  Sempra Energy has donated more than $11,000 to Assembly Speaker Karen Bass in the past three years and gave over $10,000 to Jerry Brown’s campaign for Attorney General in 2006. Beyond that, Sempra gave more than $275,000 to the California Democratic Party in the past three years, Common Cause has found.

“Sempra gave big money to our elected officials and those officials then declined to investigate this matter regarding a Sempra lobbyist,” noted Kathay Feng, Executive Director of California Common Cause. That is precisely the sort of ham-handed dynamic that makes Californians skeptical about our current campaign finance system and our current legislature, Feng maintains.

Beyond calling for a whole-hog investigation of this incident, Common Cause also seeks tighter lobbyist disclosure rules and a system of public financing of political campaigns so that legislators don’t need to raise funds from private interests like Sempra.