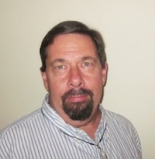 November 20, 2012 (San Diego) – Is it really over? I’ve lived with the 2012 Presidential campaign for so long that it’s become a fixture of my life, sort of like a piece of ugly furniture you never sit on anymore but you can’t bear to get rid of.

Or, to mix the metaphor, having the election finally take place, the votes counted and the results, though close, not close enough to provoke months of recounts, lawsuits and a general air of uncertainty, makes me feel like I’ve just been released from a jail sentence.

David Rolland of San Diego CityBeat said it as well or better than I could when he wrote a pre-results editorial November 4 and described the whole shenanigans as “cruelly, inhumanely, incomprehensibly, irrationally long.”

Is it really true that I won’t have to sit through any more commercials featuring politicians branding each other as crooks, incompetents or just plain meanies? (Well, at least not until the next campaign, which judging from past experience will probably begin any day now.) Is it true that I don’t have to deal with the specter of President Mitt Romney, glad-handing and telling me how much he loves [fill in the blank] “as much as the next guy” just before he tells me he’s getting rid of it — a technique I’ll bet Mitt honed in his years as Bain Capital’s hatchet man, giving people the “I love your work as much as the next guy” speech just before he fired them?

Well, yes … though given the sheer exhausting length of the campaign and the likelihood of over $1 billion spent on the presidential race alone, one might have expected more than basically a status quo election in which the Democratic President won a second term and carried most of the states he did the first time around, albeit by slenderer margins; his party kept the Senate and his opposition still rules the House of Representatives. I stayed on C-SPAN most of election night, mainly because I figured their announcers would do just that — announce — and not offer too much of their own gaseous punditry. Just about every time I turn on one of the major broadcast or cable networks and listen to their hackneyed “experts” declaim about this or that turn of the campaign, I’m reminded of the line in one of Oscar Wilde’s plays about the character who “manages to state the obvious with a real sense of discovery.”

So what do we know so far? We know that Barack Hussein Obama will be president for the next four years, barring an impeachment (one of the loonier fantasies from the Republican Right on election night), an assassination or a catastrophic attack. We also know that for all their talk of “bipartisanship,” the Republicans will continue to obstruct his agenda at every turn and do their level best to wreck the country for the next four years, the better to pick up the pieces in 2016. House Speaker John Boehner said as much on election night when he claimed the voters gave him and his party the mandate to make sure there aren’t any tax increases. So much for that ad recently put out by eighty-something major corporate CEO’s calling for a “balanced approach” to reducing the deficit involving both spending reductions and revenue increases. As long as those corporate CEO’s continue giving to Republican candidates who’ve sworn Grover Norquist’s “no new taxes” blood oath, that ain’t gonna happen — and my Leftist friends who see no difference between the major parties and think corporations run everything will remain perplexed at the spectacle of a Republican Party that’s actually farther Right than the corporate elite.

We’ve seen the Republicans blow election after election that they should have won. Incumbent Presidents who have to run for re-election with the rotten economic numbers Obama’s faced throughout his term almost always lose (Herbert Hoover, Jimmy Carter, George H. W. Bush). It didn’t help the Republicans that they made their candidates run a gantlet of primaries and debates that systematically excluded anyone with even a hint of compassion for their non-wealthy fellow Americans. When Herman Cain (remember him?) said if his granddaughter were raped and got pregnant — just the fact that he acknowledged that as a possibility made him an unusual Republican in today’s world — he’d respect her “choice” whether to have an abortion, he finished himself with the party’s base. Likewise Newt Gingrich when he denounced the Medicare plan of the GOP’s eventual vice-presidential nominee, Paul Ryan, as “Right-wing social engineering,” and Rick Perry when he said that anyone who didn’t support the DREAM Act “doesn’t have a heart.”

In today’s GOP, heartlessness is considered a virtue. When C-SPAN took viewer calls on election night, what was most striking about the people who voted for Romney was that they fell roughly into three groups. There was a sliver of young people going to college and worried about their job prospects when they finished. (The young people who reported voting for Obama generally said their main reason for doing so was to keep their student loan debts within reason.) But most of them were either hard-core social conservatives who said the big reasons for their Romney votes were to stop abortion and same-sex marriage, or hard-core economic conservatives who proudly proclaimed they thought Romney was right at that now-infamous fundraiser in Boca Raton, Florida May 17 when he said that Obama would have 47 percent of the people with him because they “are dependent upon government … believe that they are victims … that government has a responsibility to care for them … that they are entitled to health care, to food, to housing, to you name it.”

In the era of perpetual campaigning — how come a country like France can elect their president in three months and it seems to take us years? — politicians, party apparatchiks, pundits and others are already handicapping the 2016 election. They’re pretending 2012 was a greater defeat for the Republicans than it was — they might be looking at a Senate majority if Todd Akin of Missouri and Richard Mourdock in Indiana had kept their mouths shut and not aired their loony-tunes views about women, rape and abortion — and that the changing demographics of America are making it harder for the GOP to win elections solely on the basis of white votes. What they’re ignoring is the extent to which the Republicans have history on their side: from the birth of the modern Right in response to the New Deal in the 1930’s, they’ve carefully built an amazing political and propaganda machine that has convinced millions of voters who are not, never have been and never will be part of the 1 percent to vote the economic interests of the ultra-rich. It’s survived the disgrace of Joe McCarthy, the defeat of Barry Goldwater, and electoral reverses since then to become and remain the defining ideology of the nation, or at least half of its electorate.

What’s more, since the 22nd Amendment limiting the President to two terms took effect starting with the 1952 election, only once has either major party won the presidential election more than twice in a row (Ronald Reagan in 1980 and 1984 and George H. W. Bush in 1988). The big danger for Obama and the Democrats is that the Republicans will continue to say no to everything. The GOP has unwittingly hit on the same strategy that Adolf Hitler and the Nazis used to make themselves unchallenged rulers of Germany: run the country into the ground, sabotage every effort by their political opponents to fix the ailing economy, obstruct the other parties and claim it’s the other parties that are refusing to work with them, and ultimately take power as a disgusted electorate gives up on democracy altogether.

As a whole, the 2012 election in San Diego County didn’t turn out all that badly for progressives. Obama actually carried the county, Bob Filner squeezed out a victory for Mayor of San Diego, Sherri Lightner won re-election to the San Diego City Council (thereby preserving its Democratic majority) and it looks at the moment like Scott Peters might have edged out Brian Bilbray in the 51st Congressional District race — although the slimness of his margin (700 votes, with a few absentee and provisional ballots still to be counted) probably will bring about recounts and lawsuits. Statewide, Jerry Brown’s all-important temporary state tax increase, Proposition 30, won comfortably (53.9 to 46.1 percent). Proposition 32, disguised as “campaign finance reform” but designed to eviscerate the political power of organized labor, lost by an even bigger margin than 30 won (56.1 to 43.9 percent), and Californians trimmed back the excesses of the “three strikes” law.

But they also kept the death penalty — albeit by only a five-point margin, a surprise to anyone aware of the contentious history of capital punishment at the California ballot box and the 2-to-1 margins by which initiatives to expand the death penalty used to pass. And, like Pavlovian dogs, they obediently drooled when their corporate masters rang the bells against the common sense of Proposition 37, which would have required labels on food containing genetically modified ingredients — though 37 lost by only six points, a surprise given not only the sheer annihilating scope of the corporate campaign against it but the extent to which supposedly “objective” newspapers like the Los Angeles Times put pro-GMO, anti-labeling propaganda on their front pages as “news” stories.

The message of the 2012 elections for both sides should be that you need to keep the pressure on government to do the right thing, however you define that. Obama’s sweeping victory in 2008 should have emboldened the progressive community to turn out en masse in the streets and demand that he deliver on his promises. Instead, progressives fumbled the ball, fatally split as usual between those who take elections seriously and critically support the Democrats; those who reject both major parties and chase the will-o’-the-wisp (at least under America’s winner-take-all voting rules) of alternative parties; and those who basically don’t believe in a representative republic at all and maintain the delusion that a major nation can govern itself the zany way the Occupy movement does.

It was the Right, not the Left, that was galvanized by Obama’s election. While the Tea Party has proved a double-edged sword to the Republican Party (it’s given them a grass-roots base far better organized than anything on the other side, but it’s also stuck them with unelectable candidates, especially in U.S. Senate races) it’s also kept American politics trending Rightward and taken most of the progressive solutions to our economic crisis — massive stimulus and major public investment, antitrust action against the giant banks, a “public option” alternative to private health insurance — off the table. Progressives may feel like they dodged the bullet by getting Obama re-elected, but absent a truly mass movement on the Left to pressure him into being more progressive — and more aggressive — Obama’s second term will likely be as disappointing to his base as his first term.