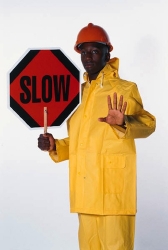 August 22, 2012 (San Diego) – Whoever you think won last June’s elections, there can be no doubt that organized labor was one of the biggest losers.

In San Diego, voters overwhelmingly approved the pension “reform” initiative sponsored by City Councilmember and Mayoral candidate Carl DeMaio that abolishes guaranteed-benefit pensions completely for newly hired city employees, freezes all city workers’ pay for five years (on top of five years they’ve already gone without a raise) and pushes workers into a 401(k)-style program that will actually cost the city more to administer than the current pension system.

What’s more, DeMaio placed first in the city’s mayoral primary and the three candidates who supported his “reform” — himself, Nathan Fletcher and Bonnie Dumanis — got 70 percent of the vote to opponent Bob Filner’s 30 percent.

In Wisconsin, labor lost its expensive bet to repeal anti-union governor Scott Walker. In San Jose, voters passed an anti-labor pension initiative similar to the one in San Diego. And as if that weren’t bad enough, this November, California voters will have a chance to drive a stake through the heart of labor’s remaining political influence by passing Proposition 32. This initiative, sponsored and funded by multimillionaires with long records of donating to Republican and Right-wing political causes, would eliminate unions’ ability to create political war chests by getting members to donate automatically as part of their union dues.

In 1998 and 2005 — in less economically desperate, more union-friendly times — California voters have twice rejected milder versions of this measure. What’s different now is that the proponents are selling it as a political reform measure. They’ve named it the “Stop Special Interest Money Now Act” and inserted a few deceptive clauses that make it seem like the initiative would stop corporations from collecting automatic deductions from their workers for political campaigns.

Of course, in the real world almost no corporations actually assemble their war chests from automatic employee deductions. Corporations stay in business by making a profit off the goods and services we buy every day — and there’s nothing either in current law or in Proposition 32 that prevents them from diverting some of those profits to funding political action committees (PAC’s). “When corporations can just write a check from their general treasury, the idea that [Proposition 32] is a meaningful ban is ridiculous,” Richard L. Hasen, election and campaign law expert at UC Irvine, told Los Angeles Times columnist Michael Hiltzik.

Proposition 32 is yet another effort in the long-term campaign of former Republican House Speaker and presidential candidate Newt Gingrich called “Defund the Left.” Its purpose is to keep conservatives in general, and Republicans in particular, in power in the U.S. permanently by eliminating any alternative ideas from public discussion. There’s an old proverb about whether a tree in the forest really falls if no one is there to hear it. The equivalent in American politics today is that candidates, initiatives or ideas don’t exist for voters if there isn’t enough big money behind them to make sure that voters hear their messages.

Already business interests spend 15 times as much as labor on U.S. political campaigns. This goes far to explain why massive bailouts for big Wall Street banks sailed through the Congress; why legislators even in a “blue” state like California continually balance their budgets on the backs of the working poor and, increasingly, what’s left of the middle class; why the distribution of wealth and income in the U.S. has become progressively less equal over the last 40 years; and why the most popular alternative for voters fed up and disgusted with these realities is … the Tea Party, whose programs will increase economic inequality in the U.S. and destroy what’s left of the social safety net.

And organized labor, one of the few remaining institutions with the ability to raise enough money to get non-conservative candidates and ideas a fair hearing among American voters, is desperately clinging to what’s left of its power. A lot of factors have contributed to labor’s long, slow decline as a political and social force in this country. Probably the most important is the de-industrialization of the American economy, as corporations moved high-paying, unionized industrial jobs first to non-union (so-called “right to work”) U.S. states — mostly in the South — and then to other countries, first to low-wage havens in Mexico and the rest of Latin America, and then to even lower-wage havens in China and other parts of Asia.

Other factors speeding labor’s decline include aggressive anti-union tactics on the part of private employers like Walmart, who routinely fire entire departments and relocate them rather than recognize a union. Many anti-union tactics routinely practiced by giant corporations, including firing workers who try to start a union and threatening en masse firings of workers who join, are technically illegal, but the National Labor Relations Board (NLRB), the federal agency that is supposed to enforce the laws against employer union-busting, rarely does. What’s more, the laws themselves are so weak about all the NLRB could do is impose a fine that’s a fraction of what the companies stand to gain by keeping themselves non-union; like the equally insignificant fines imposed on them if they’re caught illegally polluting the environment, they count these as a cost of doing business and go on flouting the law.

As a result, less than seven percent of all U.S. private-sector employees are represented by unions — and the unions themselves, aware of how much clout they’ve lost over the years, seem more interested in preserving the gains made by long-term employees than in representing all their members. In industry after industry unions have agreed to “two-tier” wage structures that allow companies to hire new workers at a fraction of what they have to pay their old ones — and the younger people who get the shaft in these arrangements naturally look upon unions as big institutions that take their money in dues and don’t give them anything back in return.

The only thing that has kept America’s labor movement in business given how far and how fast private-sector union membership has collapsed is their relative success in organizing the public sector. Though only 32 percent of all government workers belong to unions, that’s been enough so far to keep the decline of U.S. organized labor from becoming a total collapse. America’s two largest nationwide unions — the American Federation of State, County and Municipal Employees (AFSCME) and Service Employees’ International Union (SEIU) — both represent public-sector workers almost exclusively. And since government services have proved, at least until now, difficult to privatize and virtually impossible to outsource, they’ve had the clout to win their workers decent wages and benefits, including comprehensive health care and pensions.

For this they’ve been targeted by an effective Right-wing propaganda campaign aimed at convincing private-sector workers that their tax dollars are going to fund overpaid public-sector bureaucrats who need to be taken down several pegs so their wages, benefits and pensions will be just as bad — or nonexistent — as their brethren and sistren in the private sector. It’s a measure of just how far Americans have moved away from the whole concept of “solidarity” — the idea on which the union movement was based in the first place, that working people have to stick together and unite to keep the bosses they work for from screwing them over with impunity — that instead of asking, “How can we get what those unionized public-sector workers have?,” they’re asking, “Why should those unionized public-sector workers have things we don’t?”

A decades-long propaganda push by conservative politicians, corporate-funded think tanks and an increasingly aggressive Right-wing media has dramatically redefined the whole concept of “special interests.” When the term was coined by the Populist movement in the 1890’s, it was just “the Interests” — often capitalized — and it meant the huge corporations that were formed as a result of the industrial revolution. These companies were combining into huge associations, called “trusts,” and had enough money literally to buy the political system and get whatever legislation they wanted passed. The result was three huge depressions — in 1893, 1897 and 1929 — which showed that the more the giant corporations were able to drive down wages and thus cut their costs, the worse off they were in the long run because their workers could no longer afford to buy their products.

All that’s been forgotten now. Decades of conservative propaganda have turned the original Populism on its head. Today many Americans are convinced that the interests of giant corporations and the business sector in general are the public interest, and anyone opposed to the business interest is a “special interest.” Whether it’s organized labor, the environmental movement (virtually all of whose demands are direct or indirect attacks on the ability of giant corporations to do whatever they like), civil rights movements or groups calling for re-regulation of the financial sector, anyone or any group which goes against the business interest is routinely denounced as a “special interest” — and voters, in campaigns like the one for Proposition 32, are told they have to protect themselves against “special interests” when it’s really the business interests that are driving down their wages, trapping them in home mortgages they can’t afford, cutting their health care and making their lives miserable overall.