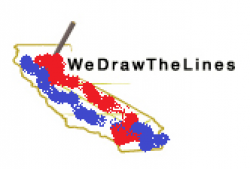 June 12, 2011 (San Diego’s East County) – Who will your future representatives be for Congress, State Senate and Assembly? Starting next year, many East County residents will find themselves in different districts-- if draft maps drawn up by the California Citizens Redistricting Commission are adopted.  While most legislators appear likely to keep fairly safe seats, some districts have become more competitive. Key East County districts will have drastically different boundaries, forcing elected officials to campaign on unfamiliar turf--and even adjacent counties.

The commission was formed following a ballot initiative approved by voters. The goal was to take redistricting out of the hands of politicians in Sacramento in hopes of creating more competitive and geographically rational district lines instead of gerrymandering.  Public comment is sought in June before the commission finalizes its plans.

ECM’s analysis of the maps yields some intriguing findings. Among them:

• The District currently occupied by Bob Filner (who is running for Mayor) will pick up more of East County—including  conservative Campo/Lake Moreno areas. The redrawn lines also include liberal areas in Imperial County, securing the southern District as a Democratic stronghold overall. Democratic State Senator Juan Vargas has declared his intention to run; other candidates are also rumored to be eyeing the seat.

• Congressman Bilbray will have to work harder to hold his seat, since over 55% of voters in his new proposed district voted Democratic in the last presidential election, though a majority did vote Republican for Governor. Jess Durfee, chairman of the San Diego County Democratic Party, said the redesigned 50th is "much more in play” and will be a “battleground district.”

• State Senator Joel Anderson's home is in the same northeast district as GOP Senator Mark Wyland.  Wyland is termed out but GOP Assemblyman Martin Garrick is deemed likely to run, says conservative pundit Barry Jantz.  According to former GOP Chair Ron Nehring in a post at San Diego Rostra, Anderson aims to run in a redrawn district that now hugs the South-of-8 border region and continues into Imperial County. That district has a 48% Democratic, 26% Republican registration and nearly 53% of its voters voted Democratic for President in 2008 – a major shift from Anderson's past GOP strongholds in Senate and Assembly. Moreover, over 41% in the new district are Hispanic. That could be a challenge for Anderson, who authored AB 1928 to crack down on undocumented immigrants. This district has potential for a pickup on the Democratic side of the aisle, though Nehring noted that he would “not bet against”  Anderson (known as a tough and well-financed campaigner) retaining the seat. (Wyland/Garrick's Senate district looks far safer with a 48% Republican, 27% Democratic registration.)

• Conservative bastions of Santee and parts of Lakeside shift into Democratic districts for Assembly and State Senate (but not Congress). That makes Democrat Marty Block’s Assembly district more competitive and has Republicans eyeing it in hopes of a potential upset. But Block has amassed an impressive track record of bills in Sacramento, where he chairs the Higher Education Committee, including forcing San Diego State University to restore policies giving priority to local students.

• Brian Jones, Republican Assemblymember from Santee, has a radical shift in his district’s boundaries.  He now looks to run in a district that includes the border region in San Diego’s East County as well as Imperial County, though the district overall still voted Republican in the last president and gubernatorial elections.

• The northeast part of the County appears likely to remain in Republican control, based on party registration, even though GOP Assemblyman Martin Garrick no longer lives in the redrawn district.

• Republicans are hoping for a pick-up in a redrawn coastal district that runs from Imperial Beach and Coronado north to Solano Beach, but also includes Rancho Santa Fe. “Republican Councilman Kevin Faulconer’s current district is located entirely within this Assembly District and his candidacy would make it instantly competitive,” says former Republican Party Chairman Ron Nehring.  But he faces a likely challenge from ex-Assemblywoman Lori Saldana.

• Assemblyman Nathan Fletcher’s district will lose eastern regions including Poway; the new district would extend north from Rancho Bernardo. Fletcher also loses coastal Del Mar and Solano Bech, which will be lumped into a coastal district covering much of downtown San Diego and Coronado. Fletcher has announced plans to run for Mayor of San Diego, however, leaving this an open seat.

Countywide, the balance of power isn’t liable to shift drastically, both side agree.

He also views the prospect of Democrats obtaining two-thirds in both Assembly and State Senate “very much in play.” That would allow overrides of a Governor’s veto and enable Democrats to pass budgets that include revenue increases. In recent years, budget compromise has stalled because Republicans have pushed cuts-only revenues to slash spending as well as services.

But others note that Republicans tend to have higher voter turnout than Democrats, meaning Democrats can’t be assured of victory in districts with new but slim majorities.

The 14-member bipartisan redistricting commission approved all the new maps by a unanimous vote.

The public will have a chance to weigh in with opinions at a public hearing held by the commission in San Diego at City Hall starting at 6 p.m. June 20.

“I'm predicting the East County-Imperial Assembly district may change and/or the South County Senate districts may change,” Jess Durfee, chairman of the San Diego Democratic Party told ECM. “It appears that there are voting rights act issues with the way they have done it - I hear MALDEF (Mexican American Legal Defense Education Fund) is not happy with Latinos not having a Senate empowerment district down here.”

“I can't believe these can be the final maps because it cuts El Cajon in half,” said Ray Lutz, a Democrat who formerly ran against Hunter. But his residence would no longer be in Hunter’s district under the proposed redistricting plan. Still he offered some praise for the commission. “I do like the way they have made the assembly and senate districts coincide. That will make our life much easier in terms of remembering the lines.”

What other explanation could explain the apparent increase in Democratic-leaning districts?

In a word: demographics.  The number of voters who've registered as Republicans has dropped steadily, from 35% in 2003 to just under 31% this year, according to the Los Angeles Times, which also indicates that 90% of California's population growth in the past decade has come among Latinos, a voting block that tips largely Democratic.

The commission is bound by law to adopt final maps in August, though court challenges may ultimately alter the outcomes.

Find additional analyses of the plans, including comparisons to alternative plans proposed by various groups, as well as party registration breakdowns by district, at:

It's interesting that Ron Nehring has become the Republican Party of San Diego's mouthpiece this past week rather than Tony Krvaric, THE CURRENT CHAIRMAN. One wonders, does Tony Krvaric or any of the party supporters feel he is not capable of representing the party. Maybe Krvaric's party is embarrassed because of his failed, joke of a redristricting lawsuit or maybe they are just scared of what is going to come out of his mouth next. If so, then one needs to ask the question. Why is Krvaric still chairman if Ron Nehring is performing the chairman's duties?

Thanks to Ray  Lutz for providing this more detailed description of the new Congressional district boundaries proposed for Susan Davis:

District line of Davis includes Grossmont College, runs along Weld Blvd. (including the area south), includes Gillespie Field almost to Magnolia, Pioneer south almost to Fletcher Pkwy, east to 67 (to include Home Depot), then along 67 S to Broadway, East on Broadway to Mollison, South on Mollison to E Main St., East along Main St. to 1st St., South to Washington, East a bit and then along the top of Merritt Hill, down to Jamacha about where Grove Rd. comes out, behind businesses at Jamacha and Chase, along chase to Fuerte, roughtly along Fuerte to Avocado, South on Avocado to Explorer, East to Mars Way, South to Fury, South along Calle Verde Dr. down to 94. Then east on 94 to the old steel bridge, and though sweetwater canyon. The line then proceeds through uninhabited area, eventually taking in the West side of Otay Reservoir and then to about where 805 and Main cross. It continues North on 805 and zig zags through "Lincoln Acres" eventually crossing 94 at about college Ave., West on El Cajon Blvd (Davis District on N. Side) to 805 again, south, to 94, then straight over to the SE corner of Balboa Park.

Does not include the park, up to Upas west to Curlew, N. to University, E to 1st St. N. zigzag to 163 N. to Friars. Friars W. to Via Las Cumbres, through tecolote Canyon, To Mesa College Dr. (does not include the college) E to Linda Vista, N to Aero Dr., E to 15, N along 15 to Tierrasanta Blvd, down to Mission Gorge Rd. Along Mission Gorge to just before Santee populated area, then along the ridge to Grossmont College.