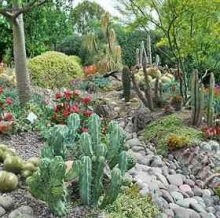 August 6, 2011 (El Cajon)--Each summer, the San Diego East County Chamber assembles a bipartisan panel of San Diego's elected representation from the Federal, State and County levels to update you on their priorities, mingle with guests, and field questions directly from you. This informative and powerful evening provides San Diego residents access to some of our region's most powerful political players in a lush outdoor setting.

This year's event has an expanded panel plus new entertainment: improvisational satire by National Comedy Theatre. The following speakers have confirmed that they will participate:

The Water Conservation Garden at Cuyamaca College will again host the event, complete with hosted beer and wine and heavy hors d'oeuvres, as well as live music to add extra ambiance during the cocktail hour.

“This year, guests will also be treated to a hilarious show of political satire, raucous improvisational comedy and keen political wit that is sure to delight guests and politicians, alike,” a Chamber release promises. “A professional comedy troupe will entertain the audience with a bipartisan comedic romp that will poke fun at both the Left and the Right and satirize current events and political happenings.”

The event will be held from 6-9 p.m. on Friday, August 19. The Water Conservation Garden is located at 12122 Cuyamaca College Drive West in El Cajon. A sell-out is expected. Cost is $45 per person and RSVPs are strongly recommended. RSVP at http://eastcountychamber.chambermaster.com/Events/details/politics-in-pa...