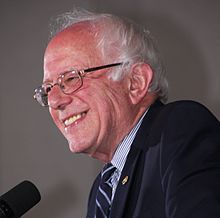 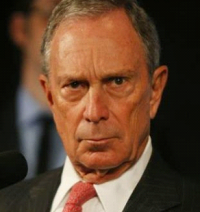 Four of the top five candidates have been campaigning hard throughout the long primary race.  But Bloomberg, a billionaire and former investment banker with an MBA from Harvard, entered the race late and has been outspending opponents on ads. He is seen by some moderates as an alternative to Biden, though like Buttigieg his only political experience is local, not national. But troubling news reports emerging have some questioning Bloomberg’s viability against Donald Trump--and some disturbing similarities.

A booklet of quotes attributed to Bloomberg include many profane and demeaning comments about women, the Washington Post reports.  He and his company have settled 64 cases that alleged sexual harassment and discrimination against. A top saleswoman, Sekiko Saki Garrison, claimed that Bloomberg told saleswomen about a male colleague engaged to be married, then suggested they line up to give him oral sex “as a wedding present.”

He has been accused repeatedly of denigrating female employees who became pregnant. One claimed he asked if she planned to “kill it.” Bloomberg has denied making that remark, but a male coworker backed up the woman’s story, Business Insider reports.

At tonight's debate, Elizabeth Warren made that argument.  She opened by lighting into Bloomberg for calling women names like "fat broads" and horse-faced lesbians" She stated, "“Democrats are not going to win if we have a nominee who has a history of hiding his tax returns, of harassing women and of supporting racist policies like redlining and stop and frisk,” referring to housing and policing practices that harmed nonwhite communities. Warren asked Bloomberg to releae the 64 women from nondisclosure agrements, and he refused.  After the debate, Warren's fundraising skyrocketed.

Bloomberg has switched parties several times, from Democrat to Republican to Independent and back to Democrat in 2008, raising questions over his party loyalties. He endorsed George W. Bush’s reelection in 2004 and spoke at the Republican National Convention, though later supported Barack Obama in 2012 and Hilary Clinton in 2016.

He has also drawn criticism for supporting a “stop and frisk” policy in minority neighborhoods while mayor. One of his opponents, Democrat Tom Steyer, has run adds denouncing Bloomberg’s support of those policies as “racist.” So did Joe Biden, who stated at tonight's debate that Bloomberg only ended the policy after the Obama Justice Department intervened.

At 77, Bloomberg’s age is also an issue, though he’s running in a field of senior candidates. Biden, Sanders, Warren and Trump are all over 70.

On the issues, Bloomberg is generally less progressive than most of the other candidates.

He supports a public option to compete with private insurance, but not Medicare for all. He does want Medicare to negotiate prescription drug prices.

The former Wall Street financier worth an estimated $54 billion opposes the wealth tax proposed by Elizabeth Warren, but says he would support some progressive tax reform. He proposed a meager 0.1% financial transaction tax but would create a Justice Dept. team to investigate corporate crime.

He opposes the Green New Deal as unrealistic but has called for closing all coal-fired power plants in the U.S. by 2030.

He believes marijuana should remain illegal at the federal level.

He would increase Pell Grants for college students and supports free community college education, but not free four-year college.

On immigration, he would end family separation policies, order the Dept. of Justice to investigate abuse of immigrants, roll back the travel ban on immigrants from certain countries imposed by Pres. Trump and raise the annual refugee resettlement number to 125,000.

As mayor of New York, he helped increase affordable housing programs, prioritize jobs and housing for veterans, and presided over the city’s first same-sex marriage.

He has called for criminal justice reforms including reducing the prison population 50% by 2030 and helping rehabilitate former prisoners back into society.

By contrast, Sanders is running on an unabashed  Democratic socialism platform including healthcare for all and free college education, while Warren has a solidly progressive agenda squarely targeting Wall Street and calling for reforms to protect consumers from predatory financing and corruption.  Both have long served in the U.S. Senate. Buttigieg, at 38, brings youthful energy and Kennedy-like charisma with mostly moderate views, though lacking in foreign policy experience. Biden, a former Senator and Vice President, has elder statesman appeal but has been gaffe-prone at times; Biden is more moderate on many issues than Warren and Sanders.

No other candidate polled above 5% in California according to the poll by Public Policy Institute, a nonpartisan organization.

I love the expression on Bloomberg's face, that "how dare you question my authority" look that he wore so often during the debate. Maybe only Trump does it a little more dramatically, with a little more spittle due to the misshapen, ill enunciated, sometimes quasi words that he seems to have so much trouble forming at times. (Even extending to his fingers... Covfefe.) Honestly, if Democrats fall for Bloomberg there is no reason not to just declare it a one party state and get on with this national travesty. I'm not too inclined to a choice between hard core and soft core oligarch, so I would probably vote for the Green, defacto placing my hope in the inevitable collapse of a society now too meek to shake off rule by a tiny minority of .01% types. Maybe they will let us eat cake?