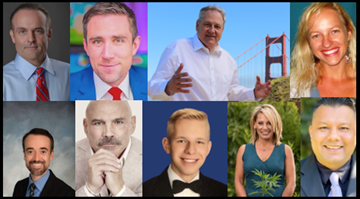 August 30, 2021 (San Diego) – The Democratic Party is officially advising members to vote no on recalling Newsom and leave the second question – who should replace him – blank. But that could backfire if the recall succeeds, allowing a small minority of mostly conservative voters to pick the next Governor without anything close to a majority. While that may delight Republicans, now that polls show the race is too close to call, a growing number of Democrats who oppose the recall are seeking info on Democrats running, just in case.

Here are the nine Democrats on the ballot. (Note: links to coverage of leading Republican candidates, some of whom have previously been covered in ECM, and links to learn more about all 46 candidates running, are at the bottom of this article.)

Dr. Brandon Ross is a medical doctor based in La Mesa and an attorney with an MBA as well as a master’s degree in public health. “I’m aware of business and law and medicine, so I think I could handle the job,” he says, SF Fist reports. He supports a mask mandate but not more lockdowns; he believes in following science and says he’d generally maintain Newsom policies if elected, but positions himself as a moderate Democrat. He says he wants voters to have a viable option if the recall succeeds.

He wants to do more to fight wildfires. His website states, “The state must fund building of firebreaks to lessen the number of fires and their magnitude.  More firefighters should be hired and increased funding should be secured to improve aerial support, including the night-vision helicopters capable of fighting fires in the dark. “

Other priorities include housing, homelessness, and keeping kids in schools, according to a San Diego Union-Tribune interview.  He recently said he opposes the release of Sirhan Sirhan, who assassinated Robert F. Kennedy, and says if elected Governor he would block Sirhan’s release.

Kevin Paffrath is a real estate broker who hosts a popular YouTube channel on personal finance, stocks, real estate and taxes. He has led some recent polls among Democrats. He wants to declare a housing emergency and streamline permits to build two million homes in four years, as well as have the National Guard build housing for the homeless, Cal Matters reports. He also supports building homes around wind and solar facilities, providing clean energy.

He opposes new lockdowns over COVID but would not prevent counties or cities from setting their own policies.

Some of his plans sound grandiose, such as wanting the federal government to build a pipeline to bring water from the Mississippi River to California to address the drought.  His website is https://www.meetkevin.com/. 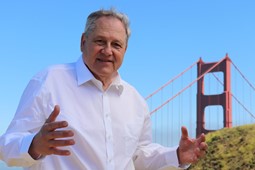 Joel Ventresca is an administrator, analyst and safety security risk expert who in 2019 ran for San Francisco Mayor and was runner-up in a Democratic primary. He’s also a community organizer  who led efforts to pass a high-rise growth control law, headed the public power movement in San Francisco, and drafted a plan to cleanup radioactive contaminated military bases.

He supports “high quality healthcare and education, cradle-to-grave, for all residents.” He wants to raise the minimum wage to $16 an hour, increase taxes on the wealth and corporations, cut fees on small businesses for five years in the wake of the pandemic, and close the gap between rich and poor. He wants to make utilities state-owned and sustainable, remaking California into the first zero-carbon emissions state in the nation.

He also calls for an end to homelessness, poverty and mass incarceration, increased protections for tenants and civil rights. In addition, he supports gun safety and police reform laws, as well as free mass transit. His website is https://www.joelventresca.com/.

Holly Baade is a yoga teacher and mother who holds some conservative and conspiracy views, but others that are left of center. She claims “climate change” is a geo-engineered terraform of our planet to steal more resources and enslave free people.” She opposes mask mandates for children, which she views as “abusive,” she told KPIX.  She told the Los Angeles Times she opposes all vaccines, even for polio and smallpox.  She believes Joe Biden was not lawfully elected President. However, she supports some more liberal policies including taxpayer funded abortions for poor women and a universal basic income for homeless people. Her website is https://www.holly2021.com/.

Patrick Kilpatrick is an actor, producer and screenwriter. He wants “immediate return of film and media production to California.”

He also to wants to lower taxes, and backs “eco-sensitive, pro-business policies” as well as addressing climate change and giving parents more choices in education, according to his Ballotpedia questionnaire and to his website.

Some candidates are running primarily on one issue or a narrow range of issues.

Daniel Watts, free speech lawyer, wants to tie tuition rates to public universities’ protection of free speech. “The governor should immediately order a legal review of all student speech codes at California’s public colleges and universities; those that pass constitutional muster should be made tuition-free,’ he told the San Diego Union-Tribune.  He addresses no issues except education and free speech on his website at https://wattsforgovernor.com/. 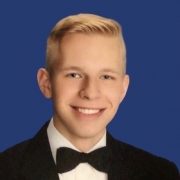 John Drake, a Cal Poly college student, is running to support education reforms. “ I think creating a tier system of learning would bring out the best in students,” he told the San Diego Union-Triibune.

Asked what he loves most about California in a Ballotpedia questionnaire, he responded, “ I love the social and open tolerance of minority groups within this state. As a member of the LGBTQIA+ community, the state has been on the cutting-edge of this issue”. Asked to name the state’s biggest challenge, he cited “homeless and corporate abuse of power.” His website is https://johnrdrake.com/.

Two candidates appear to have conflicts of interest due to their business ties.

Jacqueline McGowan is a cannabis industry advocate whose top priority is to ease burdens on small businesses, starting with cannabis businesses, according to VotersEdge.

Her other top priorities are addressing climate change and criminal justice reforms. Her website is https://www.jackie4gov.org/.

His website states he would end all "State Mandated" vaccine verification requirements, proof of Covid Test, Mask Requirements & Capacity Limits.” He aims to declare homeless camps illegal and destroy them, though this would likely not withstand a court challenge.

For a full list of all 46 candidates on the ballot, including Republicans and other parties, see https://calmatters.org/explainers/newsom-recall-candidates/.