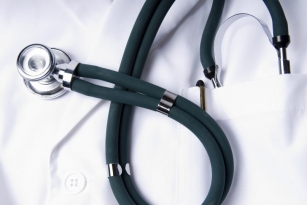 March 8, 2018 (San Diego) -- A woman with a probable case of hepatitis A may have exposed inmates at the Vista Detention Facility and Las Colinas Detention and Reentry Facility in Santee, the County Health and Human Services Agency reported today.

HHSA, in conjunction with the Sheriff’s Department, recommend hepatitis A vaccination for anyone who was an inmate at the Las Colinas Detention and Reentry Facility anytime from February 20 through March 1, or the Vista facility February 19-20. Those who are already vaccinated or who have had hepatitis A do not need vaccination.

“The jail population often comes with significant health issues, and in this case, the individual was exposed to hepatitis A in the community and entered the jail infectious,” said Dr. Alfred Joshua, chief medical officer for the Sheriff’s Department. “After leaving detention, the woman started to have symptoms and was hospitalized.

“We are offering vaccines to those who may have been exposed in the community and are still in custody. Our normal cleaning procedures ensure that there is no ongoing possibility of exposure in the jails.”

To date, the Sheriff’s Department and Public Health have vaccinated more than 8,000 inmates in County detention facilities. In addition, all employees assigned to the facilities have been offered vaccinations as well.

San Diego County has an ongoing outbreak of hepatitis A. Since the start of the outbreak, 584 cases have been reported, including 20 deaths. The majority of people who have contracted hepatitis A during this outbreak have been homeless and/or illicit drug users.

The hepatitis A vaccine is also available at many local clinics and pharmacies. Call 2-1-1 San Diego to locate a convenient County public health center or clinic.

Hepatitis A symptoms include sudden abdominal pain, fever, fatigue, diarrhea, nausea, headache, dark urine, light-colored bowel movements, and vomiting, followed by yellowing of the skin and eyes. Symptoms may appear from 15 to 50 days after exposure, with the average time being about one month. Sickness can range from a mild illness lasting a few weeks to a serious illness lasting several months. In rare cases of hepatitis A infection, those with a pre-existing severe illness or a compromised immune system can progress to liver failure.

The best way to prevent hepatitis A is by getting vaccinated. Due to the current outbreak, the following groups are strongly recommended to get the hepatitis A vaccine:

In addition to the above groups, the Centers for Disease Control and Prevention routinely recommends vaccinations for:

For more information about hepatitis A, visit the County’s hepatitis A webpage.