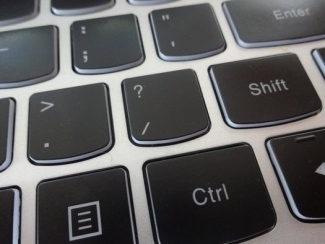 Photo:  The Institute for Local Self-Reliance predicts that, for the 129 million Americans who have access to just one internet provider, monopolies will have greater power with the repeal of net neutrality. (Fabienne/Morguefile)

Christopher Mitchell, director of the Community Broadband Networks Initiative with the Institute for Local Self-Reliance, says the FCC's move could be the catalyst for a consumer revolution.

"In areas that are stuck with just Comcast, AT&T, Verizon and Charter, we expect to see more people trying to build an alternative network," he predicts.

The FCC voted to lift Obama-era rules that prevented internet service providers from establishing fast lanes that give big companies' websites a huge advantage over those run by small businesses, nonprofits, individuals and public agencies.

Internet service providers (ISPs) can also now freely discriminate based on content. And the FCC has just made it harder for states to pass their own version of net neutrality.

Consultant Craig Settles, who works with cities on broadband issues, foresees a major backlash and a trend toward democratic ISPs that are set up to offer low-cost, high-quality internet access, with leaders that must answer to voters.

"There will be activity for municipal broadband because that's going to be the only way to really fight back," he says.

Sonic is an independent, local ISP in California that has pledged to maintain net neutrality. The company's Chief Marketing Officer Tara Sharp promises, "We will never slow down or buffer any site. We will also never accept payment from any company to speed up their site."

Sharp speculates that the large internet providers might start offering to make your favorite sites run faster for an extra monthly fee or offer packages of sites with tiered fee levels.

Matthew Rantanen runs a small broadband network for Native American tribes that are part of the Southern California Tribal Chairmen's Association. He says his network depends on bandwidth purchased from large providers - and is therefore at their mercy.

"Even though our network would be net neutral, it could be doing that control at the 'head end' that provides the fiber to us," explains Rantanen. "We could be censored and controlled from 'upstream.'"

The FCC decision is certain to be challenged in court, and a judge will have to decide whether to issue an injunction to preserve net neutrality while the litigation proceeds.