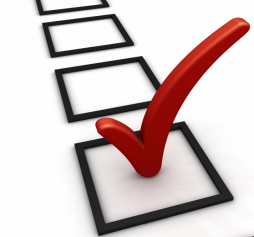 September 1,2016  (San Diego’s East County) – Beyond the blizzard of ballot measures statewide and candidates on your November ballot, East County voters will be asked to weigh in on a variety of local initiatives with big impacts.

Those include countywide measures:  one a tax to fund transportation, the other  a measure that would set a precedent for developers to  evade environmental reviews by taking projects directly to voters.   There are also medical marijuana dispensary measures on the ballots in Lemon Grove and La Mesa, a redistricting proposal in El Cajon, and school bond measures in the Grossmont-Cuyamaca Community College, Grossmont Union High School, and Cajon Valley  Union school districts.  Here are details:

The San Diego Association of Governments (SANDAG) is touting its plan half-cent sales tax increase over 40 years to fund transportation-related improvements to  roads, transit upgrades including a new South Bay trollley line, bicycle and pedestrian improvements.  The measure on the ballot countywide has sparked controversy primarily over the balance between transit and road expenditures.  The measure has drawn opposition from the Democratic Party ,he Republican party chair and Mayor Kevin Faulconer,  some key environmental groups, and East County leaders who have said funds focus too much on the South Bay, without adequate benefit to East County. Read more.

The developer of Lilac Hills, a controversial 1,746-unit housing project proposed in Valley Center, is trying to evade environmental review of the project by seeking approval directly from voters. If approved by voters countywide, this would set a precedent for builders to dodge the normal planning process including environmental impact reports required by the California Environmental Quality Act (CEQA)throughout unincorporated San Diego County.

The measure asks voters to approve a shift to trustee districts, meaning each city councilmember would represented a specific neighborhood, instead of city-wide elections currently held.  The action aims to comply with state and federal Voting Rights Act requirements to maximize opportunities for minority representation and give voice to diverse views.  Such measures are generally supported by civil rights groups and those who want to avoid costly lawsuits that have been brought against municipalities that fail to comply with Voting Rights Act laws in areas with high minority populations, such as El Cajon. The main argument against is concern that some elected officials may be less answerable to residents who can't vote for them, placing interests of their own constitutents ahead of city-wide concerns or concerns of a different district within the city.

It is uncertain how these measures may be impacted if California voters approve legalization of recreational marijuana, which is on the November ballot statewide.

College district voters are asked whether $348 million in bonds should be issued.  The bond would be used to repair classrooms and labs, prepare veterans, workers and students for jobs in technology, business and science,  construct a Workforce Training Center, remove asbestos and lead paint, repair utility lines, acquire and build facilities, and more.

Conspicuously missing is any mention of building an Alpine High School. The school was twice listed in prior bonds but was never built, leading Alpine parents to claim mismanagement of bond funds, a contention with which the County Grand Jury agreed. Grossmont refused to build the school or to turn over bond funds to a neighboring district to do so, as the Grand Jury had recommended. This prompted a costly lawsuit funded by district taxpayers, and a request to the state by Alpine parents to split off Alpine from the GUHSD.  A key question is whether Grossmont voters will trust theGUHSD board to use bond monies as promised in the future, when it failed to do so in the past and the board  majority that made those decisions remains in power.

The $20 million bond measure, if approved, would fund increased computer access for students and upgrades to technology, as well as implementation of state technology requirements for testing and learning.