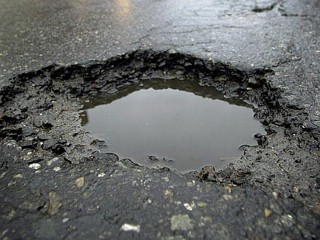 After failing to fund decades of backlogged repairs on state highways and other streets, California’s roads are now the worst that retiring Caltrans Director Will Kempton has ever seen in his 40 years on the job, the Los Angeles Times reports.

“The transportation system is in bad shape,” he said.  “We have just underinvested in our transportation infrastructure for decades, and it’s coming home to roost.”

California relies largely on gas taxes to fund transportation needs. But voters haven’t passed a ballot measure increasing the per-gallon gas tax in 23 years.  The flat rate hasn’t risen, even though the price of gasoline has during the more than two-decades that have passed since then.

Democrats in the Legislature are working to raise that tax over the next several years, but Republicans have opposed any tax increase, offering no alternative ideas for funding crumbling infrastructure.

Here in San Diego County, roads are deteriorating in unincorporated areas, a recent survey has found. But gas tax revenues from the state to the County have gone down even as the need has risen, due in part to people driving more fuel-efficient vehicles and using less gasoline.

Supervisors recently resorted to using some general fund money for road repairs.  So at a meeting last week, Supervisors asked staff to identify alternative revenue sources to pay for future maintenance and roadway improvements, such as filling potholes and repaving rutted streets.