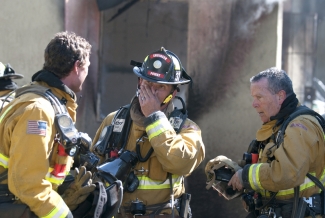 April 27, 2011 (Poway) – A fire in the 13600 block of Sycamore Tree Lane this afternoon forced evacuation of 16 homes and has displaced a family with two children.

“The fire gutted the home and the fire department needed to cut a hole in the roof to control the fire,” photographer Ron Logan, who was at the scene, informed East County Magazine. 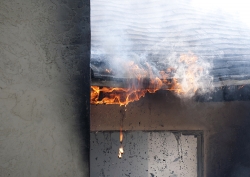 Units from Poway Fire, San Diego Fire-Rescue, and the Poway Sheriff’s Department responded to the blaze, which began around 3:30. 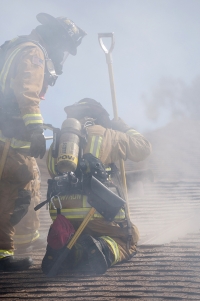 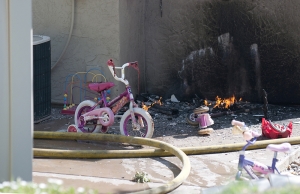 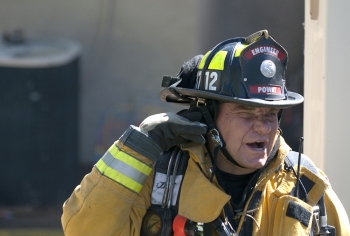