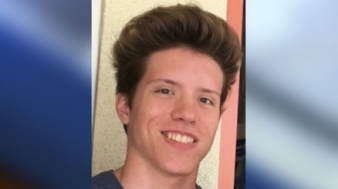 Thousands turn out at vigil to commemorate victims of Chabad synagogue

May 1, 2019 (Poway) – District Attorney Summer Stephan has said she may pursue the death penalty against John T. Earnest, 19, who is accused of one count of murder with special circumstances for a hate crime and three counts of attempted murder when he opened fire inside the Chabad of Poway synagogue Saturday during a Passover celebration. He is also charged with arson at a house of worship for setting fire to the Islamic Center of Escondido.

Earnest’s parents have refused to pay for his legal defense, so he is being represented by a public defender.  He entered a not guilty plea.

Earnest published a manifesto online the morning of the attack filled with hate speech against Jews as well as a confession to burning the mosque. He remains in custody without bail.

Earnest’s parents have issued a statement voicing shock and sadness at their 19-year-old son’s actions. “Our sadness pales in comparison to the grief and anguish our son has caused for so man innocent people,” they add. “To our great shame, he is now part of the history of evil that has been perpetrated on Jewish people for centuries.”

The Earnests say their son was raised in a family with five children that encouraged love and faith and rejected hate.  “How our son was attracted to such darkness is a terrifying mystery to us,” they added in a statement released by the family’s attorney, which also asked for privacy. The statement indicates the family is cooperating with investigators.

Yusef Miller with the Islamic Society of North County says he was saddened to learn that the same person who burned the mosque later attacked the synagogue. "It’ll take a community effort for all of us to move forward in this, we can't isolate the incident to a Jewish incident or a Muslim incident," Miller says, 10 News reports. “It’s a incident against all of us and that’s the only way we can get through."

At Poway High School, mourners filled the football stadium Monday night for a candlelight vigil to commemorate the victims of the synagogue shooting. A funeral as held Monday for Lori Kaye, 60, who sacrificed her own life to save the rabbi’s. The rabbi, who lost a finger due to the shooting, has been released from the hospital along with the other two victims, a man who led children to safety and his 8-year-old niece.