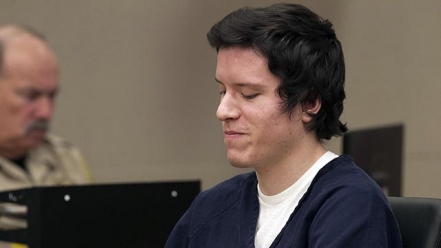 July 20, 2021 (Poway) - John Earnest pleaded guilty Tuesday to murder and other state charges in the 2019 shooting at the Chabad of Poway synagogue that killed one woman and injured three other people.

In exchange for his pleas, he is expected to be sentenced to life in prison without the chance of parole.

Lori Gilbert-Kaye, 60, was killed in the attack. Rabbi Yisroel Goldstein was shot in both hands, causing him to lose an index finger, and Noya D., then 8, and her uncle, Almog Peretz, were wounded.
The San Diego County District Attorney’s Office said Earnest “admitted that he committed those crimes because of his bias and hatred of Jews.”
He also pleaded guilty to the arson at the Dar-ul-Arqam mosque for the purpose of terrorizing Muslim worshipers.
A sentencing hearing has been set for Sept. 30 at 9 a.m. in the downtown courthouse.
The District Attorney’s Office said the decision not to pursue the death penalty was made in consultation with the Kaye family.
“While we reserved the option of trying this as a death penalty case, life in prison without the possibility of parole for the defendant is an appropriate resolution to this violent hate crime and we hope it brings a measure of justice and closure to the victims, their families, friends and the wider community,” the District Attorney’s Office said.