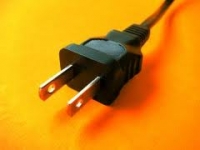 Power went out at 8:42 a.m. and restoration is expected by 9:44 this morning on two circuits affected. There are additional outages, however, in Bonita and Pala with separate causes and later restoration times projected.

A separate outage has left 37 customers in the Pala area in the dark since 9:47 last night, with power restoration not projected until 2:30 p.m. today. The Pala outage was also due to an overhead line problem.

In addition, eight customers in Bonita lost power at 12:22 a.m. due to an underground electrical cable or equipment problem; power in Bonita is not expected to be restored until 12:30 p.m. today.