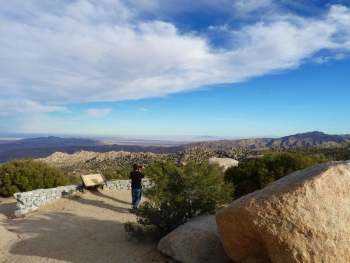 May 5, 2011 (San Diego) – A hearing on a request filed by three East County organizations seeking an injunction to stop construction on Sunrise Powerlink until opponents’ case can be heard in court has been cancelled. The hearing was set to take place tomorrow, May 6 in San Diego federal court.

According to David Hogan, consultant for the plaintiffs seeking an injunction, “Things are moving very quickly and little information is available but it appears that Federal District Court Judge Anthony Battaglia has abruptly recused himself from several federal lawsuits filed by Powerlink opponents. The cases have been transferred to Judge Roger Benitez.”

Opponents of Sunrise Powerlink are pressing for a near hearing date as soon as possible, he said, adding, “Urgency around the injunction appears to have been somewhat reduced in light of recent court filings by SDG&E and federal agencies delaying Powerlink construction on BLM and Forest Service land until August.”

This marks the fourth change in judges assigned to lawsuits filed by the Protect Our Communities Foundation, Back Country Against Dumps, and the East County Community Action Coalition. Judge Larry Burns, who was originally assigned to the case, was removed after being assigned to cover the trial of Jarod Lee Loughner in the shooting of Arizona Congresswoman Gabrielle Giffords, federal judge John Roll and others. Now Judge Anello has also been removed so that both federal cases may be heard by Judge Battaglia.

In March, federal judge Michael Anello cancelled a hearing on Powerlink in San Diego, announcing that he would rule based on written records instead. Since then, however, two separate lawsuits against two federal agencies ( the Bureau of Land Management and U.S. Forest Service) have been joined The cases were both assigned to be heard by a single judge: Anthony Battaglia.

At Friday’s hearing, Judge Battaglia was to have heard arguments on a proposed preliminary injunction to stop construction of Powerlink on BLM lands. Now that he has recused himself, however, it is unclear whether Benitez will choose to hold a hearing, or decide on the record.

“The reason we have a good case for an injunction is that if construction proceeds, there will be absolutely irreparable harm to the natural environment,” said Hogan, environmental policy consultant for the plaintiff groups. “Once you bulldoze the natural land, it can’t be put back.”

Are the payoffs so large for this project not a single sole in office will stand up and do the right thing? How can everyone be so blind to the obvious corruption happening here??