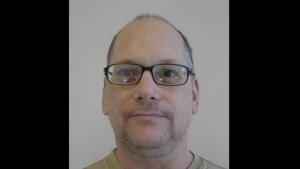 September 2, 2014 (Campo) – Over the objections of Campo residents and Supervisor Dianne Jacob, San Diego County Superior Court Judge Margie Woods has ruled that a convicted child molester can be released to live in Campo starting in late October.

Allen Fields was convicted of sexually molesting four boys between ages 10 and 13. He first established relationships with the boys as their Boy Scout leader or caregiver.  He served 25 years in prison and was later committed to a state mental hospital as a sexually violent predator. In 2003, he had a voluntary surgical castration.

Fields will be released, with conditions, to live in a home in the 1100 block of Custer Road.  He will be under 24 hour surveillance by Liberty Healthcare and will undergo outpatient treatment. Under the terms of his release, Fields is prohibited from entering nearby parks, trails, community centers, or neighborhoods.

The placement has drawn widespread protests from community members and officials.  Supervisor Jacob has noted that Fields is the sixth sexual predator placed in rural East County in recent years—and three have already violated the terms of their release.

Six placed in the East County, all by judges. Zero placed in the neighborhoods where judges live. Why are they being dumped in the Back Country? Three of the six violated their release terms - 50% failure rate = unacceptable.