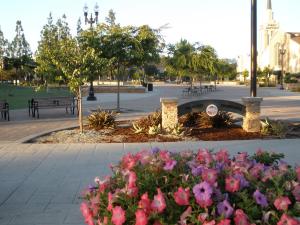 August 21, 2014 (El Cajon)--Renovated from the ground up, this wonderful park is located in downtown El Cajon at Main St. & Sulzfeld and features plenty of seating - from benches to grassy areas - for a break from the hustle of life. Shade trees, such as the blue flowering Jacaranda, give relief from the hot sun while street noise fades into the background. Sit quietly long enough, and you may see a variety of birds, including ducks from the waterscape across the street, ravens, hummingbirds and an occasional hawk. 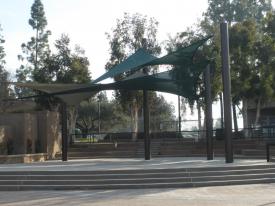 A Farmer’s Market is held here every Thursday from 3 to 7 p.m. - year round - which features fresh produce from local farms, ethnic cuisine, and live entertainment.

Here you will find special events such as: Concerts On The Green. These free music shows held on Friday nights from 6 to 8 p.m. - May 2nd through September 26th - feature a variety of musicians and bands performing for small groups of people under a shaded stage area in an intimate setting. A few hundred to a thousand people may gather to listen. 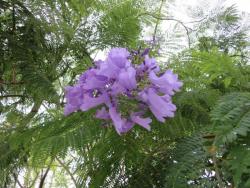 The park is a green space within the city, and spans Main St. to Douglas. A pedestrian connector to the San Diego County Library and the Ronald Reagan Community Center plus the El Cajon Civic Center is user friendly.

It’s a nice place to relax, have a quiet conversation, meditate, or just enjoy a touch of nature’s beauty and a tranquil moment of time. 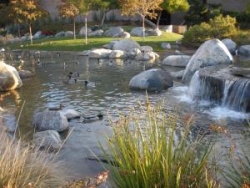 City Hall, the County Courthouse and the El Cajon Police Department, which has a gleaming new public safety center as a prominent downtown architectural feature.

More attractions: Don’t forget to visit the new Waterscape on Sulzfeld that features a fountain with a stream, and the new Centennial Plaza / Amphitheater (200 Civic Center Way) - which is used for weddings, community and private events, live performances, etc.

You can also pay your respects to fallen warriors at the Veteran’s War Memorial. 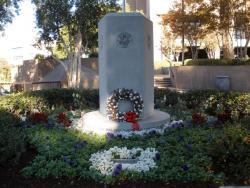 Visit Downtown El Cajon, where the free annual Mother Goose Parade is held every November the Sunday before Thanksgiving. This is a very big event, which attracts thousands of people and features many uniquely created, beautiful floats and entertainers.

Various television & movie stars, as well as local celebrities are in the spotlight as well. Every year features a new and exciting theme, with past participants returning to display their talents. This is a must see! 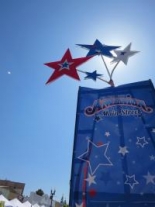 America on Main Street will be held on June 14th 2015 - from 10 a.m. to 10 p.m. This is the second run of a new annual event. It fills a void where the memorable ‘Friendship Festival’ that was so well known and popular, left off. The debut 2014 event was well received and next year’s should be even bigger and better. Come enjoy the activities and food - embrace cultural diversity! 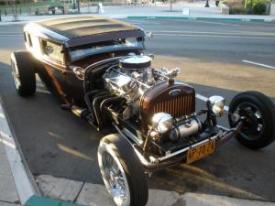 Classic Cruises: Main St. is filled with old ‘classic vehicles’- vintage cars, trucks, motorcycles, and much more on Wednesday nights from 5-8 p.m. during the months of April 23rd through October 29th at the free Cajon Classic Cruise. Each event features a different theme and there is music to entertain you at Prescott Park. Food vendors are sure to satisfy the hungry.

HauntFest on Main is October 24th 2015 from 5 to 10 p.m. This is a very popular Halloween celebration with ghouls and goblins roaming about, a scary good time for the entire family! Dress yourself and the kids in a favorite costume and check it out. 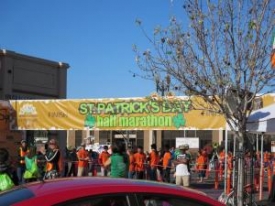 The Hooleys St. Patrick’s Day Half Marathon 5k - March 15th 2015 brings out the Irish in everyone. This fun filled event begins at 8 a.m. Other attractions: a wine & beer garden, Irish dancers, live music, food, games, and the popular Tribes & Clans competition. Bring the kids and have a good time!

Prescott Promenade is the nucleus of these well known downtown events, and more.

El Cajon has plenty of free offerings it seems. Places to go and things to do - right here in this small city with a hometown feel. 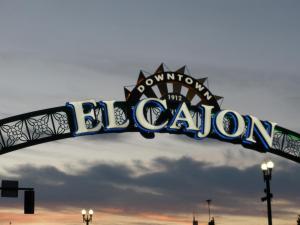 Historical note: Did you know that Main street in El Cajon and old Highway 80 is actually part of Historic U.S. Highway Route 80? Designated as such in 2006 by the State Legislature, it was originally a cross country “road” that connected the Atlantic Coast in Savannah Georgia, to the Pacific Coast in San Diego, California, and many places along the way. Also known as the “Dixie Overland Highway” -  it was an all weather route for those traveling across the United States via automobile.

East County is an interesting and entertaining place after all!