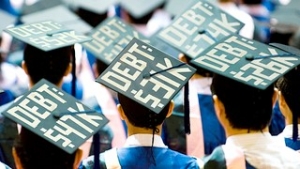 March 10, 2015 (Washington D.C.)--President Barack Obama on Tuesday signed the Student Aid Bill of Rights, a presidential memorandum aimed at making it easier for graduates to pay off student loans.

The President says he aims to assure that “every young person in this country who is willing to put in the effort can afford to go to college.” Speaking to students at Georgia Tech in Atlanta, the President added, “Higher education has never been more important, but it’s also never been more expensive.”

The Student Aid Bill of Rights, the latest in a series of reforms to help students, will require student loan servicers, or middlemen who collect on loan payments, to inform borrowers if they are late on payments so they can avoid default, and also inform borrowers  if their loans are transferred to another company. The reform comes following complaints that some loan services intentionally misled borrowers or took steps that trigged late fees unnecessarily.

In addition, The federal Education Department will set up a new website next year to make it easy for borrowers to file complaints about student loan servicers, lenders, collection agencies and schools so that the Department can respond quickly to resolve problems.

The government will also establish a central site for borrowers to check on their student loan accounts and track payments themselves.  If you make payments early, lenders will have to apply those prepayments to loans with the highest interest rate.

The Department of Education last week announced cancellation of contracts with five private collection agencies that reportedly deceived borrowers into believing they could have collection fees waived if they paid up past-due debts.

The new rules will only apply to federal student loans, not education loans made by banks and other private lenders. However President Obama has instructed federal agencies to consider new regulations or laws to help protect consumers from predatory private student loan practices in the future.