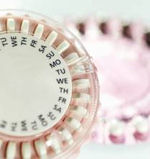 January 22, 2012 (Washington D.C.) -- Despite pressure from the powerful U.S. Conference of Catholic Bishops lobby, the White House announced today that the President would not call for an expansion of the religious exemption in the U.S. Department of Health and Human Services'(HHS) proposed rule regarding contraceptive coverage without cost-sharing by female employees.

Over the past few months Catholic Bishops aggressively lobbied the President directly to expand the exemption to include hospitals, schools, non-profits and any other religiously-affiliated institution.  Such an expansion would have denied nearly 800,000 employees at Catholic hospitals and 2 million students and staff at religiously affiliated schools a key benefit under the Affordable Care Act.   The provision has sparked controversy, however, between public health advocates and religious organizations.

This summer, HHS issued a proposed rule that included the adoption of the Institute of Medicine's recommendation that health plans cover the full range of FDA-approved contraceptive methods without cost-sharing, co-pays or deductibles for female plan holders.  While this rule is largely seen in the public health community as a dramatic step forward, it includes a narrow religious exemption. The exemption mirrors California's religious exemption for contraceptive coverage passed in the Women’s Contraception Equity Act and applies only to institutions whose primary purpose is to instill religious values and who employ and serve people with the same religious beliefs.
"Breaking down cost barriers to accessing contraception is sound health and fiscal policy and is aligned with the intent of the Patient Protection and Affordable Care Act, a signature achievement of President Obama's administration," said Julie Rabinovitz, President and CEO of the California Family Health Council. “One in three women voters have struggled to pay for prescription birth control at some point and have used it inconsistently as a result. With today’s decision President Obama is standing by the millions of women from all faiths who use contraception and deserve affordable, high quality family planning services,”  Rabinovitz concluded.

Cardinal-designate Timothy Dolan of New York, president of the U.S. Conference of Catholic Bishops (USCCB), sharply criticized the decision by the Obama administration not to expand the exemption to include hospitals, schools and nonprofits with religious affiliations. He believes the healthcare rule requires religious organizations to violate their consciences.  “This shouldn’t happen in a land where free exercise of religion ranks first in the Bill of Rights,” he said.
Among Catholic individuals, however, birth control is widely practiced.  Currently, about half of all pregnancies in the United States are unplanned, costing taxpayers an estimated $11 billion a year.  According to a national poll, 84 percent of Americans approve of family planning and see birth control as an important part of preventive health care.  Among all women who have had sex, 99 percent have used a contraceptive method other than natural family planning.  Sexually active Catholics are not much different with fully 98 percent having used modern forms of birth control banned by the Catholic Church.