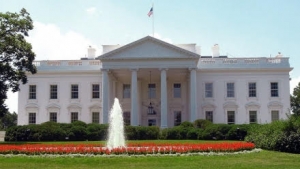 November 18, 2014 (Washington D.C.)--President Obama is expected to announce Executive Action to ease Immigration restrictions. The President could unveil as soon as Friday his planned, unilateral overhaul of the nation’s immigration system. Details of the proposed measures remain under wraps, but senior administration officials have said Obama is prepared to “go big,” multiple news agencies report.

Homeland Security Secretary Jeh Johnson said over the weekend that the administration is in the “final stages” of developing the plan, which he described as comprehensive, touching all aspects of American immigration including border security.

The most controversial aspect of Obama’s planned action will be an order to, on a temporary basis, exempt from deportation and grant work permits to as many as 5 million undocumented immigrants.

A letter to President Obama from Democrat Senate Leaders on Monday suggests the president take executive action since the House has failed to pass comprehensive immigration reforms.

“Immigrant communities have waited too long for House Republicans to catch up with the American public’s support for comprehensive immigration reform,” the letter stated. “We strongly support your plan to improve as much of the immigration system as you can within your legal authority.”

The administration has said that it plans to issue an executive order by the end of the year. It would give nearly 5 million immigrants worker visas.

The Senators’ also wrote in their letter that “Deportation relief will help the economy, American workers, and employers by increasing payroll tax revenues by billions of dollars. It will bring undocumented workers out of the underground economy, which undercuts wages and labor protections for Americans and gives unscrupulous employers an unfair competitive advantage.”

Obama has said he is prepared to expand a 2012 program – Deferred Action for Childhood Arrivals – that has so far shielded more than half a million young immigrants from deportation. Under terms of the program, implemented by executive action, only migrants who came to the U.S. before age 16, are under age 31, have lived here five years, completed schooling and have no criminal record are eligible for relief in two-year, renewable increments.

On Sunday, President Obama said, “We’ve got severe resource constraints right now at the border not in apprehending people, but in processing and having enough immigration judges and so forth. And so what’s within our authority to do is reallocating resources and re-prioritizing since we can’t do everything.”

The president is reported to be considering modifications to the existing criteria, which could expand the number of immigrant youth eligible to apply. Immigration advocates say Obama may also create a new deferred action program that could benefit millions of undocumented immigrant adults who are parents of American citizens or legal residents.

Aside from deferred action, the White House is weighing whether to further refine guidance for which immigrants should be prosecuted and deported if they are apprehended by authorities.

None of the proposed Obama executive actions would create a pathway to citizenship for undocumented immigrants.

The White House says all executive actions can be overturned, both through action by Congress or by the next president, making any expansion of relief for undocumented immigrants through deferred action programs temporary and tenuous.

But that appears unlikely, with Republicans now in control of both houses of Congress.  The President’s proposed unilateral action has sparked outrage on the Republican side of the aisle.

Republican Speaker John Boehner recently stated, “I've made clear to the president that if he acts unilaterally on his own, outside of his authority, he will poison the well and there will be no chance for immigration reform moving in this Congress.”  However the Speaker did not promise that immigration reform would be passed even if the President does not take unilateral action.

Boehner blamed recent Congressional inaction on a wave of immigration children crossing the border.  In the past, Republicans have said that they wanted stronger border security before considering immigration reforms.

Some Republicans are now threatening to hold up the omnibus federal spending bill that funds the government, potentially bringing about a government shut-down to block immigration reform.