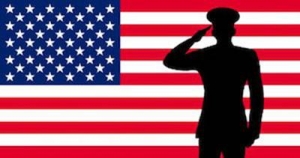 June 28, 2017 (Washington D.C.) — President Donald Trump has signed into law the Department of Veterans Affairs Accountability and Whistleblower Protection Act of 2017. The bipartisan legislation aims to increase accountability at the VA by allowing the Secretary to dismiss poorly-performing employees and those who engage in misconduct while strengthening protections for whistleblowers who expose wrongdoing.

“Today is a great day for our veterans,” said Congressman Darrell Issa (R-Vista). “For too long, VA employees who weren’t performing up to the standards we expect have not been held accountable for their actions – allowing the quality of care for our veterans to collapse. The newly signed legislation is a huge victory for veterans that will restore accountability, improve care, and ensure our heroes are put first.”

According to the Senate Committee on Veterans Affairs analysis of the measure, The Department of Veterans Affairs Accountability and Whistleblower Protection Act increases the VA’s authority to remove employees at all levels of the department, shortens the removal process and ensures an individual removed from the VA is not kept on the VA’s payroll while appealing that decision.

It will also make it easier for the VA to remove poorly performing senior executives and replace them with qualified candidates. Additionally, any appeals by senior VA executives would no longer be brought before the Merit Systems Protection Board, but instead would be handled directly by the VA secretary under an expedited timeline.

The legislation also includes a number of other provisions to hold employees accountable, including:

A one-page summary of the legislation can be found here.