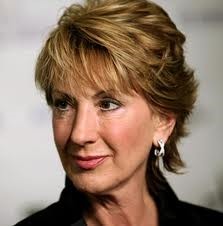 August 24, 2015 (San Diego)--Republican presidential candidate Carly Fiorina spoke with “Meet the Press” moderator Chuck Todd on a variety of issues, including the California drought.  Below is an excerpt of her remarks, including her response to criticisms of her stance raised by Governor Jerry Brown.

See a transcript of her comments below, and watch the full interview here: http://nbcnews.to/1NDtkWq.

In your home state of California, the drought, the wildfires, more evidence is coming out from the scientific community that says climate change has made this worse.  Not to say that the drought has directly caused, but it's made it worse.

You know what's also made it worse?  Politicians.  Liberal politicians who stood up for 40 years as the population of California doubled and said, "You cannot build a new reservoir and you cannot build a water conveyance system."  And so for 40 years, 70% of the rainfall has washed out to see.  That's pretty dumb, when you know you're going to have droughts every single year.

Or every three years, let's say.  It's also the result of politicians who decided when finally a bipartisan agreement was reached in Sacramento about how to manage scarce water resources, and balance environmental considerations with economic development consideration, when Washington D.C. intervened and said, "No, you can't manage your own water.  We've got this fish now that we think is endangered.  We're going to manage your water from Washington D.C."  Politicians have made this immeasurably worse, and they are destroying the agriculture industry of California.

So the other day I asked Governor Jerry Brown to respond to that exact criticism you made.  I said you've blamed liberal environmentalists in California specifically on dams and reservoirs.  And this is how he responded:  "I've never heard of such utter ignorance, whether we need a dam or two is one thing.  But the forest fires, the rising temperatures, the dryness, that's an atmospheric fact of life.  Building a dam won't do a damn thing about fires or climate change or the absence of moisture in the ground and vegetation in California.  So I think these people, if they want to run for president, better do sort of an eighth grade science before they make any more utterances."

Yeah, well, that's a lot of insults.  But of course, it makes no sense what he just said.  It would be helpful if he were fighting fires to have more water.  Firefighters in California have difficulty getting enough water now.  So they're using other means.  It would be helpful to agriculture and everything else to have water saved in the good years so that you could use it in the bad years.

I'm not denying that California's air is dry.  That's obvious.  I'm not denying that there was a drought.  But there is no denying that politicians have made this problem immeasurably worse.  And meanwhile, while Jerry Brown is spending billions of dollars building a high-speed train that no one wants, that has environmental impact as well, we could be spending that money to build a reservoir, to build water conveyance systems, so this doesn't happen again.

She is talking about the liberal failure to prepare for the dry periods and Governor Moonbeam keeps shouting "the air is hot the air is hot". Hay California voters. How's the liberal promise going for you?