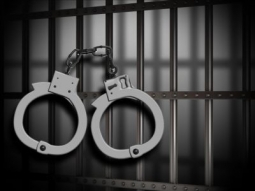 Governor Jerry Brown, in his State of the State Speech in January, praised legislators for casting “difficult votes to cut billions from the state budget.  You curbed prison spending through an historic realignment,” he said among other cost-cutting measures listed.

The realignment shifts responsibility for tens of thousands of prisoners from the state to local governments by 2014.  The action is fueled in part by a court ruling that ordered California to reduce overcrowding in state prisons by 33,000 prisoners, though the Governor’s move goes further in an effort to cut the budget.

The action, however, shifts responsibilities for those prisoners  to local counties and cities. It is also forcing some jurisdictions to release some prisoners early to avert overcrowding in local jails--and raises questions on how best to address the state's crime problems overall.

The Criminal Justice Legal Foundation reports that realignment has led to shorter sentences and that “thousands of criminals are cycling through the courts and back into communities with little or no supervision.”

According to the CJLF, “The San Diego Sheriff's Department says jails are on average between 96 to 99% of capacity with about 5,500 inmates. Early in 2012, the jail population in the county rose over 90%, and San Diego Sheriff Bill Gore decided he had to shave time from sentences in order to accommodate inmates under AB109.”

The Public Policy Institute of California notes in a recent report that most local jails were overcrowded even before realignment. “Evidence from the first three months of realignment suggests that, as expected, counties are incarcerating the vast majority of newly sentenced felons. But inmates awaiting or on trial are less likely now than they were before realignment to be incarcerated—or they are being incarcerated for shorter periods of time. Parole or PRCS technical violators are also less likely to spend time behind bars—and may even spend no time at all. The effect of these changes on public safety in the state will be among the most consequential—and watched—outcomes of realignment.”

Sheriff Gore, speaking at a Chamber of Commerce meeting last year, indicating that electronic monitoring and efforts such as drug rehabilitation would be part of the approach locally to contending with overcrowding. He also said jail overcrowding locally would be largely eased by the expansion of Las Colinas women’s prison in Santee and in the future, the county taking back  a federal detention facility in Otay when the lease runs out in the near future.

On February 11, 2013, KCRA TV issued a troubling report indicating that the number of parolees cutting off electronic monitoring/ankle bracelets doubled, to 482, after realignment. A bill introduced in the Legislature would mandate that parolees who remove electronic monitors be returned to prison—if they are found.

Jones describes the realignment as a “historic disaster.”

In a video news release, Jones added, “In San Diego County alone, 11 men who were released on county probation have been charged with violent crimes.  Jones says, “It is anything but an accomplishment when criminals are making our streets less safe.  The Governor and Legislative Democrats are failing to protect law abiding citizens.”   For Video – Click Here

Jones, who represents the 71st District, voted against prior budgets that would have increased taxes to raise revenues to fund a variety of programs, including increased prison spending.

Not everyone contends that more jail time is the answer to California’s crime problem.  The U.S. already has one of the highest percentages of incarceration per population of any nation.

A tough-on-crime stance is what led to the prison overcrowding in the first place, the American Civil Liberties Union contends.

"One thing that's important for the ACLU to communicate is one year later the state has failed to adopt the kind of measures that would offer low-level, non-violent offenders alternatives to incarceration," said Will Matthews, spokesman for the ACLU of Northern California, according to an article in the San Gabriel Valley Tribune. .  Matthews concluded that the majority of AB 109 funds have gone toward jail expansions instead of evidence-based rehabilitation programs or pre-trail release

The civil rights organization recently released a report assessing the progress of prison realignment, which  led to a 40 percent reduction in the state’s prison population one year after implementation began..

“Simply building new jails or re-opening unused jail space treats the symptom but not the underlying disease,” Margaret Dooley-Sammuli, Senior Policy Advocate of the Criminal Justice and Drug Policy Project of the ACLU of California and co-author of the report, said in a press release. “It’s time to confront the fact that in California, over-incarceration is itself a disease, and the way to end it is to expand the use of mental health services, drug treatment and job training, and to reserve prison and jail for responding to serious crimes.”