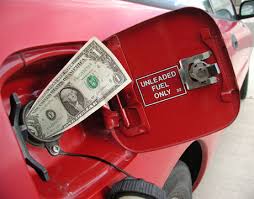 Charging higher premiums for drivers based on their history of buying insurance has been illegal in California for over 20 years, though Juan Vargas, Salas’ political opponent, tried to pass a legislative version of Prop 17 when he chaired the Insurance Committee back in 2003. Vargas has taken $60,000 in direct contributions from insurers. The Civil Justice Association, whose board is largely composed of insurance industry representatives, spent another $613,333 in support of Vargas through an independent expenditure campaign. Insurance funds have also targeted State Senator Denise Ducheney (D-San Diego) for defeat.

Earlier this month, the San Diego Union-Tribune urged its readers to vote no on Prop 17 because it takes away protections from veterans. Most other major newspapers in the state have also weighed in against the measure. (As a nonprofit, nonpartisan publication, East County Magazine does not take positions on candidates or ballot initiatives.)

Campaign for Consumer Rights advocate Harvey Rosenfield says it’s a David vs. Goliath battle against the insurance giant. “They’ve been carpetbagging the state with ads. We’re just throwing a rock back with a sling shot.”