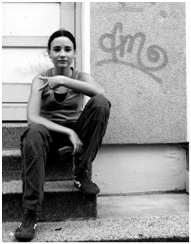 Supporters of Prop 35 say the proposition will deter traffickers from committing brutal human rights abuses by strengthening current laws that do little to protect victims. Increasing the risk for human traffickers and online predators is essential, supporters say, to combat the financial incentives that make sexual exploitation a lucrative criminal business, as well as one that is easily done through the Internet. According to the FBI, California is home to three of the highest child sex trafficking areas in the nation: Los Angeles, San Francisco and San Diego.

Leah Albright-Boyd said in the voter guide, "At 14, I ran away from a troubled home and into the clutches of a human trafficker. For years, I was trafficked and abused when I was still just a child. As a survivor of trafficking, I’m asking Californians to stand against sexual exploitation and vote Yes on 35."

Opponents of Prop 35 say the measure threatens innocent people, because anyone receiving financial support from consensual prostitution among adults could be prosecuted as a human trafficker. This would include a sex worker’s children, parents, spouse, landlord and others. Opponents also say Prop 35 doesn’t provide money for enforcement. Opponents assert the measure will cost California more as the state will likely have to defend the measure in court.

"It incorrectly presumes that increased prosecution and protections of trafficking survivors is entirely premised on increased penalties and fines rather than a comprehensive approach," Liou said.