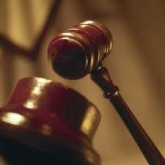 Supporters of Prop 36 say the proposition restores the voters’ original intent of the Three Strikes Law by specifying it shall only apply for  violent criminals, instead of handing out life sentences for people convicted of minor crimes. As a result, supporters say, the measure can save California more than $100 million a year spent on parole and prison operations for Three Strikes offenders.

Supporters of Prop 36 include the NAACP Legal Defense and Educational Fund, George Soros, the California Democratic Party and Families Against California’s Three Strikes.

Grover Norquist, president of Americans for Tax Reform and a prominent conservative, says, “The Three Strikes Reform Act is tough on crime without being tough on taxpayers. It will put a stop to needlessly wasting hundreds of millions in taxpayers’ hard-earned money, while protecting people from violent crime.' The California State Auditor projects that taxpayers will pay millions to house and pay health care costs for non-violent Three Strikes inmates if the law is not changed. Prop. 36 will save taxpayers’ money.”

Opponents of Prop 36 call it a very dangerous initiative that would allow nearly one-half of the state’s three-strike prison inmates to be re-sentenced and released – some without any supervision. This, opponents say, only puts repeat offenders back on the street where they can impact more victims. Opponents also point out that shortly after Three Strikes became law in 1994, California crime dropped in half.

Mike Reynolds, who wrote the language for the law said, "Once someone has been convicted of two serious or violent offenses, I suggest it's pretty clear what they are capable of. If this passes, we are likely to see property crimes going up all over the state, and in very short order."