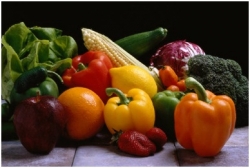 October 10, 2012 (San Diego’s East County)--Proposition 37 would require mandatory labeling of most foods made from plants or animals with genetically engineered organisms (GMOs). Such foods would also be prohibited from being advertised as “natural.”

Genetically modified foods contain genes spliced from one organism into another, including adding genes from bacteria and viruses into the food supply. The goal is often to increase crop yield. The European Union has a moratorium banning GMOs from store shelves amid growing health concerns. Soy allergies increased 50% in the United Kingdom after GMO soy was introduced. GMO soy contains an allergen-type protein not found in natural soy. So does GMO corn, yet the majority of the soy and corn sold in the U.S. is GMO.

Rebecca Spector, West Coast director of the Center for Food Safety, Grant Lundberg, chief executive officer of Lundberg Family Farms, and Dr. Michelle Perro, pediatrician authored an argument in favor of the proposition stating: “The food we buy already has nutritional information on the labels. With Proposition 37, we will have information, in plain language, if the food was genetically engineered, which means the food has DNA that was artificially altered in a laboratory using genes from viruses, bacteria, or other plants or animals. Because genetically engineered foods are controversial, over 40 countries around the world require labels for genetically engineered foods.”

Supporters of Prop 37 include the Consumer Federation of America, the American Public Health Association, the Sierra Club, United Farm Workers, California National Organization for Women, the American Academy of Environmental Medicine, and the California Democratic Party.

Opponents of Prop 37  call it a “deceptive, deeply flawed food labeling scheme” that would ban the sale of common and safe food products, cost taxpayers millions, increase food costs, and lead to expensive lawsuits against famers and small businesses.  Funding to oppose the proposition has come largely from the Monsanto Corporation, which produces genetically modified products.

A rebuttal to the Yes-on-37 argument authored by Jonnalee Henderson of the California Farm Bureau Federation, Dr. Henery Miller, founding director of the Office of Biotechnology of the Food & Drug Administration, and Tom Hudson, executive director of the California Taxpayer Protection Committee claims that Proposition“ 37’s so-called “right to know” regulations are really a deceptive scheme, full of special-interest exemptions and hidden costs for consumers and taxpayers. 37 exempts milk, cheese and meat from its labeling requirements. It exempts beer, wine, liquor, food sold at restaurants and other foods containing genetically engineered (GE) ingredients…. The official state fiscal impact analysis concludes that administering 37’s red tape and lawsuits would cost taxpayers millions. Even 37’s largest funder admits it ‘would be an expensive logistical nightmare.’”