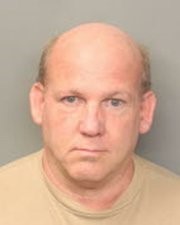 November 6, 2014 (Borrego Springs) – The proposed placement of sexually violent predator Gary Snavely in Borrego Springs has been withdrawn by the Department of State hospitals after the conclusion of public comments, District Attorney Bonnie Dumanis has announced.

Snavely will remain in Coalinga State Hospital pending further court proceedings and the public will be notified when another site location is identified.

Snavely was convicted of molesting two girls ages 8 and 9.  He was previously placed in Jacumba before abusing psychotropic medications and being sent back to the state hospital.

To receive alerts if a sex offender moves in or out of you neighborhood, visit www.sandiegocountysexoffenders.com .

...how did they do that. We yell and scream and block the streets in Campo and they send them anyway.