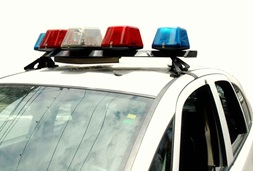 August 16, 2020 (El Cajon) – El Cajon Police have recommended that the District Attorney prosecute the driver of a Camry that struck and seriously injured a motorcyclist on Jamacha Blvd. May 13tth around 10:13 a.m.

The motorcyclist was traveling south on Jamacha approaching Washington when a silver Toyota Camry turned left in front of the motorcyclist, violating his right of way and causing a collision, says Lt. Will Guerin with the El Cajon Police Dept.

The motorcyclist, 65, was treated on scene by Heartland Fire Dept. paramedics and transported to a hospital, where he remains hospitalized with major injuries.

The driver remained on scene and it does not appear as If drugs or alcohol were involved, says Lt. Guerin.  However the case has been sent to the District Attorney “due the the Camry driver violating the motorcyclist's right of way, causing a collision with resulting in major injuries to the motorcyclist.”

If there is anyone with further information regarding this collision, please call the El Cajon Police Department at (619)579-3311.