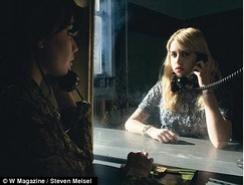 But now the California District Attorneys Association has filed a lawsuit asking a court to block the measure, claiming amendments added that address juvenile crimes amount to a whole new initiative.

The initiative would reverse what the Governor has called “unintended consequences” of the three strikes law that he signed into law back when he was Governor decades ago—an action that left some facing life behind bars even for relatively minor offenses.  Brown called prosecutors’ effort to block the new initiative “perplexing.”

If a judge allows the measure onto the November ballot, voters would decide whether judges, not prosecutors, should have the final say on whether a juvenile will be prosecute as an adult or a minor.

The state could save hundreds of millions of dollars in incarceration costs if the measure becomes law.

If the court blocks Brown’s amendments, the Governor would have to file his proposal as a new initiative, requiring the signature gathering process to start over again.