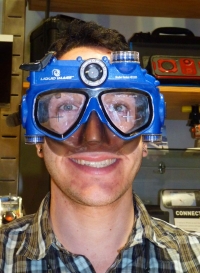 December 9, 2011 (El Cajon) –Need a solar phone charger for those whose cell phone batteries runs out often? How about a mini-video cam for those active kids to strap onto a skateboard, bike or surfboard? Or a waterproof case for a camera, cell phone or computer?  Want to listen to music underwater, or get a crush-proof case for airline travel? How about a rolling cart to load valuables for easy evacuation during wildfires – or a case to bury on site?  Or a dust-proof case for the desert enthusiast, hunter or hiker on your list? 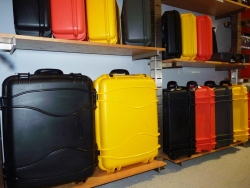 The Waterproof Case Company, a locally-owned store in Parkway Plaza, has all these items and more. The company has custom-designed products for the U.S. military and Fortune 500 corporations. They've sold to government agencies including police and fire departments, wildlife researchers, universities, NASA, and underwater robotics companies.  But it all started locally--in the garage of the Davies family.

“One customer has enthusiastically described us as `James Bond meets the Camera guys on the River Monsters,’” co-owner Megan Davies says. 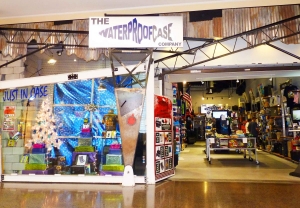 Davies and her husband have backgrounds in engineering, law, plastics, manufacturing and management. They started the business a decade ago after a friend who sold cases suggested they could help.  Soon their three teen kids were helping to run the business, selling products online.

Among their more interesting projects?  Waterpoof Case Company’s camera gear enclosures have tracked Tasmanian devils in the wild. They’ve housed equipment to record whale songs off Hawaii and Alaska.  Their cases have been used to store researchers’ batteries for a Penguin Cam in Antarctica.  Black swans in Australia wear their cases to protect GPS devices used to track migration patterns.  Birthing tents in third-world countries are powered by equipment protected by Waterproof Case Company cases. 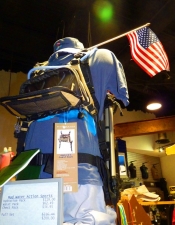 “If they needed to ship something overseas to Afghanistan, if NASA needed special storage, we provided a solution,” says Megan Davies, who opened up the Waterproof Case Company store in Parkway Plaza along with her daughter, Dawn in 2009. Today,  the company employees 18 people.

The store caters to the storage needs of the general public.  Locally, they meet the needs of surfers, hunters, backpackers, motorcyclists, kayakers, boaters, divers, photographers, campers, travelers, and survivalists—as well as anyone seeking to protect expensive toys such as I-Pads.

Popular items this holiday season include hoodies with built-in waterproof earbuds, popular items with surfers and divers.  “They fit any cell phone, so you can work out at the beach and listen to music,” says Davies, who also sells waterproof cases for cell phones in just about every color of the rainbow.

They also cater to extreme sports—such as a belt for marathoners that expands for attachment of cell phones, water bottles and keys. “It’s like a new version of the fanny pack,” Davies explains.  The devices are also popular with beach-goers who don’t want to leave valuables on the sand.

In addition, the store sells mini-cams from $199-$500 that can be mounted on a surfboard, skateboard or bike handles to record the activities.  “With one switch, it goes to video,” notes Davies.

Waterproof Case Company’s owners and staff also help customers prepare emergency kits for wildfires.  They also craft specialty cases for everything from hikers heading to Africa to musicians in need of cases that can withstand 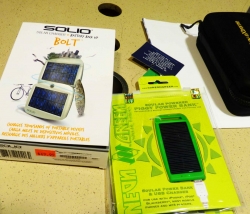 The store draws some enthusiastic reactions from customers.   “Some have stood in the center of our store and yelled, `This is my all time favorite store!’” says Davies.  “I didn’t know there were so many options! I didn’t know any of this existed!’”

Solar phone chargers range from $35 to $70—ideal for climbers, hikers, or people who drive to remote areas and want to make sure they won’t be caught with a cell phone that’s gone dead.  Some are universal, ideal if you don’t know the brand of cell phone someone on your gift list owns.  There’s also a solar power to charge up a laptop.

Dentists Without Borders has used the company’s solar suitcases to tote gear into the jungle and power up medical equipment. Pelican forensic lights can unfold to illuminate sites in remote locations. 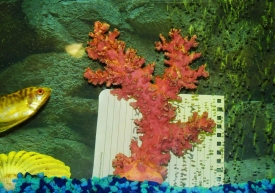 The store has a couch for customers’ comfort, allowing ample time for exploring the many interesting options.    You’ll also see demonstrations of some unique products – such as waterproof paper that looks and feels like the real thing—with a sample floating in an aquarium.  (The concept arose after police officers in rainy areas such as Washington and Oregon found the ink on traffic tickets had run.)

They have cases that are crush-proof for travelers or those headed to rugged places.  “They get tested –thrown off buildings. Tanks run over them,” Davies assures.  You can get cases to protect your computer.

The company has designed products to protect hydraulic equipment on oil rigs, as well as cases for pyrotechnic fireworks.  “We get pretty sophisticated,” Davies says.

If they don’t have what you need, just ask!  The company will custom design products to suit your needs. 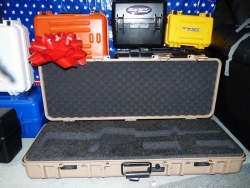 There are waterproof cases for camera and video gear. Cigar caddies with humidors, so you can smoke on a boat without water-logging cigars. Dust-proof gun and ammunition cases. Some cases have movable interior compartments and wheels.  There are many sizes to fit just about anything.  Some can be buried, providing yet another option to protect valuables.

“You also may not be aware that we strive to find American-made products and apparently have vocalized our preference sufficiently to be contacted by a nationally recognized reporter last summer to consult on interesting products still made in the U.S.,” Davies said proudly.  “What makes us unique is that we have brought our expertise and our emphasis on American-made quality to our new consumer platform in Westfield Parkway Plaza.”

Print the coupon below to save money at the Waterproof Case Company this holiday season:

maybe you should offer a holiday. yacht charter croatia is a good destination.