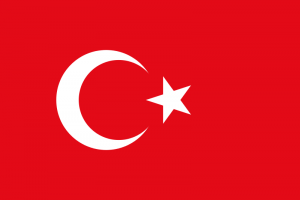 July 16, 2016 (Ankara) - President Recep Tayyip Erdogan of Turkey has survived what he calls a coup attempt. Military officials who closed a CNN office were arrested by police, who guarded the military men in custody from an angry crowd. 161 people are confirmed dead as three bombs exploded at Parliament, which went into lockdown.

The Turkish President fled from the Capitol of Ankora to Istanbul after briefly fleeing the country. CNN confirms a downed helicopter involved in gunfire that left many dead, primarily among the Ankora police force and Turkish security forces. It remains unclear who ordered the military to empty the CNN studio, or the attack on Parliament. Critics of Erdogan rushed to his defense as he offered the names of five generals and 29 colonels he wants arrested for treason as he enters his second decade of rule.

As of Saturday morning, the Turkish government says that the situation is under control, although Incirlik Air Base, which is used by the United States in their campaign against Syria and Iraq, has been closed, ceasing all U.S. airstrike missions from that location.

Shortly after dawn this morning, at least 200 soldiers turned themselves in to police in Ankara. Erdogan called the coup "treason."