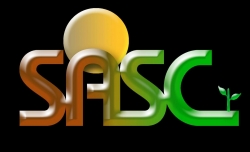 May 17, 2010 (San Diego) – Two energy measures drawing controversy this election season will be topics of discussion at an event Tuesday evening hosted by the Sustainability Alliance of Southern California.

Alan Ball, SASC chair, will lead discussion on Proposition 16, a ballot measure funded by Pacific Gas & Electric Company (PG&E) which would lock in the privately owned utility by requiring a two-thirds voter approval before a local government could start up or expand electricity service. Current law allows communities to purchase their own power on the open market.

Lisa Becker, president of CleanTECH San Diego, will lead discussion on Assembly Bill 32, the California Global Warming Solutions Act passed four years ago which requires polluters to reduce air pollution and greenhouse gases. Now there are industry efforts to put an initiative on the ballot to overturn AB 32. 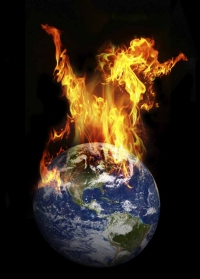 Major funders of the initiative effort are Valero, Tesoro and Occidental Oil Companies.  Initiative supporters argue that the measure could cost 1.1 million jobs and should be suspended until California unemployment drops to 5.5 percent for a full year—something that has occurred just three times in 30 years.  AB 32 has also drawn criticism from the California Chamber of Commerce and the California Republican Party.

But initiative opponents say repealing AB 32 would cost jobs, not save them.  “If the movement to suspend AB 32 is successful, California will remain dependent on fossil fuels, and this would increase household electricity costs in California by 33 percent,” a statement issued by SASC contends. “These added costs will hurt the state’s economy by more than $80 billion and cost over a half million jobs by 2020.”  Siliken, a global giant in solar, recently credited AB 32 as its incentive for expanding in San Diego, bringing 100 new manufacturing jobs to the Otay Mesa area.

This bill will cause untold damage to the already failing economy of California. It will cause our businesses to expend more money to stay in business. It will make the economy contract further because companies will not be able to expand or hire new employees because of the added costs and taxes business will have to pay. It will make even more businesses leave California because it will make them uncompetetive...not only with other companies within the U.S., but worldwide.

Even if you still believe in "global warming" you have to admit that if there are no viable businesses in California there will be no taxes coming into California coffers to support ecological programs. You can raise taxes on the people and corporations that are left but all that will do is make it harder for them to exist here. Ultimately, all you can get is 100% of a person's income and if that isn't enough then where do you go? Look at Greece.

Just one small example of the impact on business is how it will hurt the construction business (and in the east county there are a lot of construction workers)is that all of the diesel equipment will have to be replaced in 2015. The construction companies are hurting right now and construction workers are barely able to make a living. How can a company spend millions of dollars to replace all the heavy equipment and still stay in business. They can't even get loans from the banks to buy new equipment. Again, no companies, no jobs.

Ideologues only see one aspect of a problem and disrespect and disregard any other human consequences. There is little compassion in the "green movement" for the average man. It's all about the "earth" and if you are a little guy who gets in the way you are just an acceptible ancillary casualty for a higher cause. If you want a good example just ask the 40,000 out of work field workers and farmers in the San Ferndando Valley. QED

and many are crediting AB 32 as their incentive to expand or move here.

CleanTech San Diego, a group formed to foster economic development in our region under Mayor Sanders, reports that SD's green technology sector is thriving and that repealing AB 32 would be devastating for trying to attract new green businesesses to our area.

So it seems to be a question of which sector of businesses one wants to encourage -- oil companies and businesses focused on an oil-based economy, or new green technologies of the future.  Even the big defense contractors here are now shifting their energies into sustainable fuels such as algae; the U.S. Navy is even striving to develop a "green fleet".

The movement to put an initiative on the ballot to repeal AB 32, incidentally, has received around 75% of its funding from two big oil companies.

Yes but green business is not enough to replace established business. It has been shown in Spain that green technology industry does not create jobs. For every job it creates it eliminates 2 jobs. Check these websites: http://www.bloomberg.com/apps/news?pid=newsarchive&sid=a2PHwqAs7BS0 and
http://www.icis.com/blogs/green-chemicals/2009/04/the-price-of-green-job...

This is in spite of the fact that Spain has been in the forefront of green technology and trying to create more green businesses. Currently even the green businesses in the U.S. have been farming out their real manufacturing jobs to other countries like China because it is cheaper to produce there due to lower wages and less ecological control costs. In answer to the oil company backing of the recission bill, just because it is backed by the oil companies doesn't automatically mean it is not a good bill. A vast majority of bills are passed by the state legislature and most of them are detrimental to our economy and personal wealth and independence.