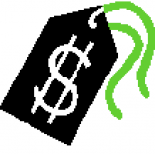 April 1, 2013 (San Diego) – On March 29, a California Public Utilities Commission (CPUC) administrative law judge proposed that SDG&E be allowed to increase rates for its customers by 7.7%.  Ratepayers in San Diego are already paying among the highest utility rates in the nation. View the full decision here.

“The people of San Diego need to stand up and speak out against this unjustifiable and unconscionable increase in electricity rates,” said Mike Aguirre, former San Diego City Attorney.  Public comments should be sent to ALJ Wong at jsw@cpuc.ca.gov and to the assigned commissioner; a current service list for the proceeding is available at www.cpuc.ca.gov.

The proposed decision was issued by Administrative Law Judge John S. Wong, presiding officer in the proceeding.  The matter may appear on the full CPUC agenda as soon as 30 days after the ruling.  The full Commission may adopt all or part of the decision, modify the decision, or prepare its own decision.

SDG&E and SoCal Gas claim their costs are increasing due to new regulations, increased materials cost, new technology and growth to meet new demand, as well as the need replace aging infrastructure.

Consumer advocacy groups includint TURN (The Utility Reform Network) and UCAN (Utility Consumers Action Network) and others have opposed the rate hikes. Opponents contend that consumers have had to cut spending in this economy and that SDG&E and SoCal Gas should have to do so, too.  The advocacy groups have also questioned the accuracy and methodology of forecasts used by the utility corporations.

SDG&E has previously sought to force ratepayers to pay its uninsured liability costs for wildfires caused by its lines, a move the CPUC rejected.

Opponents of major wind projects in southern California have long contended that a shift to more wind power sources would ultimately raise rates for utilities, since the technology is costly and hefty rate hikes have occurred elsewhere when utilities have added wind power to their portfolios.  Locally, Ocotillo Wind came online in December and several more wind projects are proposed in East County.