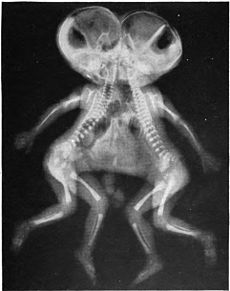 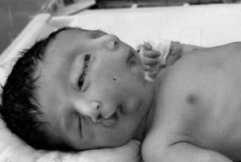 April 4, 2016 (San Diego’s East County) – Media headlines have been filled the past few days with news about Donald Trump’s changing stance on abortion. The Washington Post reports Trump took five different stances in three days, after stating on MSNBC that he believed there should be “punishment” for women who have abortions (but not for the men who impregnate them).

Though Trump later shifted his stance following stinging criticisms, the truth is that in many Republican-controlled states, women who seek abortions or obtain them are already been punished with laws that restrict access even in extreme cases such as to end a miscarriage in progress or help a mother prevent carrying to term a fetus so severely damaged that it could not survive, or would face a brief life filled with suffering.

After suggesting that women who get abortions should face criminal punishment, Trump quickly  changed his position to say  doctors who perform abortions should be punished, but not men. In the past he has shifted from pro-choice to pro-life.  Then last week he said he believes laws should “stay the same” but only until he is president and can appoint judges who would  restrict abortion – presumably including  Supreme Court justices who could overturn Roe vs. Wade, making abortion illegal nationwide.

Trump’ s main Republican opponent, Ted Cruz, has said he wants to ban abortion even in cases of rape or incest, making him more extreme than Trump.  Both Democratic contenders, Hillary Clinton and Bernie Sanders, have staunchly defended a woman’s right to choose.

But that right is increasingly restricted in many states. Across America, more and more women are already being punished for having or seeking abortions, due to restrictive laws being imposed in many states. The most extreme measures are in red Republican-controlled, though even some “blue” states have adopted limited restrictions, pushed by conservative voters.

Women in the U.S. are currently in jail for choosing abortion or even helping  family members obtain one, a Time Magazine story reveals .  a Pennsylvania mother, Jennifer Whalen, was jailed for giving her teenage daughter a drug to induce abortion in the early weeks of pregnancy. Other women have been jailed for using medications or other methods to self-induce abortion.

If Republicans who want to outlaw abortion even for rape victims have their way, the U.S. could wind up like some  countries in South America and Africa, where rape survivors are jailed for choosing not to give birth to their rapists’ babies.  Mothers in some Central American countries are being forced to give birth to Zika babies whose brains have liquefied, because abortion is illegal.  If some conservatives have their way, this could soon happen to women in the U.S. who contract Zika while pregnant through a mosquito bite or a sexual partner who transmit Zika virus.

Extreme “pro-life” stances go far beyond protecting the lives of healthy babies—and some laws actually prolong the suffering of both mothers in physical pain, as well as fetuses so severely deformed that if born, they are forced to endure painful surgeries and still ultimately die after a brief but pain-filled life. (Google

A new Texas law forces women who have partially miscarried to wait and have their babies die in the womb, Yahoo News reports.  Taylor Mahaffy’s began to miscarry shortly after 20 weeks, Mic.com reports.  Her husband wrote online that the “feet were already coming out of the womb and pushing through the cervix” when the reached the hospital. But due to the Texas law that prohibits inducing labor after 20 weeks, the hospital sent her home to suffer.  Mahaffy felt the unborn child “struggle inside her for days” and was in such pain she was left screaming, said her husband, who called the law “cruel, inhumane and morally indefensible.” Such laws also put a woman at risk of developing sepsis, an infection that can kill her.

Indiana just passed a law that prohibits doctors from advising women about abortion options even with a fetal anomaly so severe that it can lead to significant lifelong disability or death of the baby.  Physician Katherine McHugh, writing in the Chicago Tribune, voiced horror over the law. “I have cried with families as we watched their babies breathe their last breath,” she writes, seeking to spare mothers such pain when death is inevitable.

The doctor describes some conditions where abortion would be the more compassionate option in her opinion.  These include Trisomy 13, or Patau syndrome, that can leave babies with no nose, one eye, defective kidneys and a spinal court without skin covering it. Most are stillborn, and of the few that aren’t, 80% die in the first year and the rest require intensive spinal and cardiac surgeries, among other painful procedures.  Another condition, spinal muscular atrophy such as Werdnig-Hoffman disease, causes such fast neurologic degeneration that the baby dies of respiratory, or breathing, failure within a year.  If such pregnancies can’t be terminated, the doctor asks, should prenatal screening tests be offered at all?

There is also the impact on families to consider.  Currently 60 to 90 percent of women terminate pregnancies when Down’s syndrome is diagnosed, which causes mental retardation.  But tests to diagnose it can’t be done until after the deadline that some states impose, forcing women to either go out of state for abortion, or give birth to a child that will require a lifetime of special care.

Other conditions require even more costly care, if a child cannot walk or breathe on their own,  requires intensive therapy, surgeries, home nursing care and frequent hospitalizations, for example.  Conjoined twins may be inseparable or require care that would bankrupt most families. What’s a mother to do who cannot afford such high costs, which are staggering even with insurance that only partially covers expenses?  The child may not get the care that’s needed, or the family may have to sacrifice needs of other children, such as foregoing paying for college.

Such laws are no longer rare.  Since 1973, when the Supreme Court’s Roe vs. Wade decision legalized abortions in most instances,  states have adopted hundreds of laws to restrict a woman’s option to choose abortion.

According to Guttmacher.org, which tracks abortion laws, as of March 1st, 2016:

Religious conservatives in some cases want to declare that life begins at conception – even before a fertilized egg implants in the womb – never mind that about half of those fertilized eggs  never implant, or that some implant in the Fallopian tubes, where without abortion the tubes explode and the mother can die or be left sterile; there is no “baby” to save in such cases, only the life of the mother can be saved. Yet life-begins-at-conception laws would doom these mothers to death and also prevent some forms of birth control, such as intra-uterine devices or IUDs.  They would also ban morning-after pills.

A brand new Arizona law defies new federal guidelines on pills that can induce abortion.  Illogically, Arizona requires the drugs be administered at higher doses than the federal guidelines, an action that can cause unnecessary pain, cramping and health risks to women.  Yet another new state law mandates anesthesia for women seeking abortion beyond the earliest weeks, even if she has a condition that could make being anesthetized dangerous.  The law seeks to prevent fetal pain, but fails to take into account the health of the mother.

Ironically many of these same religious zealots who seek to protect lives of babies without protecting lives, health or choice of mothers and families are also pushing forth other laws that restrict women’s rights to contraception or even unbiased information that could help them prevent getting pregnant.  A growing number of red states no longer have sex education in public schools that includes information on birth control; instead they teach abstinence only.  Teen pregnancies have soared in those states, unlike Europe, where teen pregnancies have fallen after scientifically based sex education programs were made mandatory in all public schools.

Are these truly pro-life, or is there a broader “war on women” in the GOP as has been often asserted?

The list of new, restrictive laws targeting women goes on and one.  Some seek to allow employers to deny coverage for birth control to women employees.  Another, Mississippi House Bill 1523 that’s just gone to the Governor for signature, would allow businesses, individuals and religious organizations including hospitals, schools and homeless shelters among others to discriminate against single mothers or women who have sex outside of marriage, as well as against gay or transgender people.  So a single mother could be denied food at a food pantry for her children, or daycare at a nursery.   A landlord could refuse to rent to a woman having premarital sex. A school could expel a teen student found to be unchaste.

What’s next?  Branding women with scarlet letters if they don’t meet the standards of a religious minority?

Ironically many of those same Christian fundamentalists who want to impose laws to restrict women’s rights to choose when to have sex, restrict her access to birth control, abortion and information on those health issues are also quick to voice fears over Muslim fundamentalists who advocate Sharia laws that force women to cover their faces and bodies, be subject to the dictates of men and punished or even stoned to death if they are victimized by rape.

But to those who may not share the most extreme religious views of either Muslims or Christian fundamentalists, the results of imposing religious views into laws that restrict women’s freedom to make choices about their own healthcare and lives can be equally disturbing.

What if you, your daughter,  or your sister discovered she was carrying a fetus so deformed it could not possibly have a normal life not filled with pain and suffering, such as those shown at the top of this story?

The Supreme Court is just one vote away from making abortion illegal in the U.S.  With Republicans currently in control of Congress, a win by Trump or Cruz could mean not even waiting for the Supreme Court to act; Congress and the President could sweep through restrictive new laws.

Elections have consequences—and the consequences for women have never been greater than in the choices voters will cast in this year’s presidential and Congressional elections.

The U.S. Constitution requires that.  Any state that tries to enact laws that "enforce Biblical strictures" would be in violation of the Constition, just as it would be unconstitutional to promote the values set forth in the Koran, the Talmud, or any other religious works.  Ms. Jensen did not condem Christians or any other religion. Also Christians are not uniform in their views on this; there are some Christian demoninations that do not promote the  domination of men over women.

Why do some religoius people believe they should have the right to force their beliefs onto other people who believe differently?  Read the words of the founding fathers.  They believed in religious TOLERANCE, not religoius domination, which is why they made "establishment" of any religion by  government a violation of the U.S. Constitution.

Genesis 3:16 -- To the woman he said, "I will make your pains in childbearing very severe; with painful labor you will give birth to children. Your desire will be for your husband, and he will rule over you."....And Christian fundamentalism is neither "extreme" nor "conservative." It is quite common which is why many state legislatures are acting to enforce biblical strictures. Condemning Christians for being Christians is a losing strategy, Roe v. Wade notwithstanding (literally).