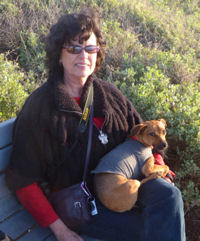 March 13, 2012 (Boulevard) -- What is the distinction between sound and noise?  Wikipedia tells us in common use, the word noise means any unwanted sound, but sound can be desirable. Cacophony is ‘noise’ while euphony is sound.

Recently, I took up guitar again after 40+ years of string silence. What an interesting challenge, I’ll say! First, I started with an old and cheap guitar of my son’s, but it was not good because the ‘strings were too far from the frets which meant that I had to press VERY hard to get a chord. Then, needing a quick guitar, I called my dad who has taken lessons for years and he gave me his ‘old’ guitar. It really was, and after two classes the teacher told me that the support inside the whole thing was collapsing, causing vibrating strings. Not good. Hesitating to buy one, I borrowed from a friend until I am sure I will continue. So, six lessons and three guitars later, I am learning how to play Hey Jude, a Beatles song, and more. When you sit in a class with 30 students, you really hear a lot of ‘noise’ and sometimes, just sometimes you hear euphony.

Have you ever been in a room where everyone was talking at once and you just could not hear anything clearly? That is cacophony, an unpleasant sound. What about a speaker, teacher, or minister whose voice was monotone? Booooring! Or, have you ever been in ‘conversation’ with someone who simply buries you with an onslaught of words and the quantity of words obscured the point entirely. Ugh! Sometime there is so much ‘noise’ in our lives that we simply cannot think.
Considering sound versus ‘noise’ had me pondering about a key difference between city living and country living. In the city, there seems to always be some noise. I am coming to believe that this constant ‘noise’ is wearing on a person’s spirit. When I am in the country, and just concentrating on the sounds of nature, I revive. My spirit seems to brighten with an effect like a plant perks up when it is rained on after a seven-day dry spell.
Here is my theory, my epiphany of euphony: ‘Noise” obscures our connection with our Higher Power while Sound illuminates it. Imagine this, you are sitting on the grass in Balboa Park attempting to commune with nature. Impinging on this, jets are coming in for a landing, cars and trucks are roaring on roads not far away, people are chattering, babies are shrieking, dogs are barking, bells are going off. Yikes! Now picture yourself sitting on a sun-warmed rock in the mountains, you hear the slight breeze whispering through the leaves of the trees, the sound of birds of many types calling to each other while darting in and out of the brush nearby, the busy bees buzz around the flowering Manzanita, an earthy smell rises to your senses, a critter of some kind rustles a bush, you notice the sound of your breath, the slowing of your heart beating, and gradually all else fades except the song of nature and absolute peacefulness.
The Purple Mountain Sage welcomes questions from readers!  Write to us at: askthepurplemountainsage@gmail.com.  The Purple Mountain Sage is Sharon Courmousis, co-owner of Sacred Rocks Reserve and RV Park, a 163-acre wilderness preserve and campground in Boulevard, CA, which is also home to the Sacred Rocks Artists’ Colony.  Sharon can be reached by calling: 619-766-4480.  Visit the Sacred Rocks Reserve website at:  www.sacredrocksreserve.com.  Advice From the Purple Mountain Sage is an opinion column written for East County Magazine.  Opinions stated within are those of the writer.