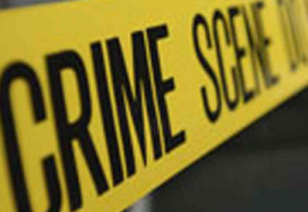 By Miriam Raftery
August 13, 2019 (Spring Valley) – A fleeing suspect and a deputy each collided with uninvolved vehicles during a pursuit this afternoon in Spring Valley.
U.S. Marshall requested help from Sheriff’s deputies at 2:25 p.m. to apprehend David Hernandez, 37, a suspect wanted for a parole violation. The San Diego man was spotted in a stolen vehicle at 661 Sweetwater Road in Spring Valley and fled when deputies arrived, leading to a brief pursuit.
According to Sgt. Samuel Lizarraga, 30 seconds later, “Hernandez collided with two different vehicles that were not involved in the pursuit.”  He fled on foot and was quickly apprehended.
Three citizens plus Hernandez were transported to a hospital with minor injuries. Hernandez was arrested and charged with driving a stolen vehicle as well as parole violation.
During the pursuit, a deputy also collided with a third uninvolved vehicle. Its occupant was not injured, nor was the deputy. Damage was minor to both the Sheriff’s vehicle and the citizens’ vehicle, Sgt. Lizarraga says.